Laura Gibbs · 137. Rama Petitions the Ocean
Rama sought help from Varuna, the Ocean God, to cross over to Lanka. He conducted rituals by the shore for three days and nights, but the Ocean did not come to him, and Rama grew angry. He attacked the Ocean with arrows, shattering the water and terrifying the Ocean's inhabitants.
Lakshmana rushed towards Rama and restrained him. "You are not a man of anger, brother. Stop this attack."
Ocean appeared at last. "Dear Rama," he said, "the way to cross me is by means of a bridge. The monkey Nala knows how to do this; let him build the bridge."
Inspired by: Valmiki's Ramayana.
Notes: This is the Yuddha Kanda (Book 6), sarga 21. Rama says in sarga 19 that he is confident the Ocean will help him since it was his own ancestor Sagara who created the Ocean. In Devdutt Pattanaik's book Sita, the ocean tells Rama and that Nala and Nila are the children of Agni, and that the rocks they put into the water will not sink (p. 207). Nila and Nala both appear in Tulsidas; only Nala appears in Valmiki. 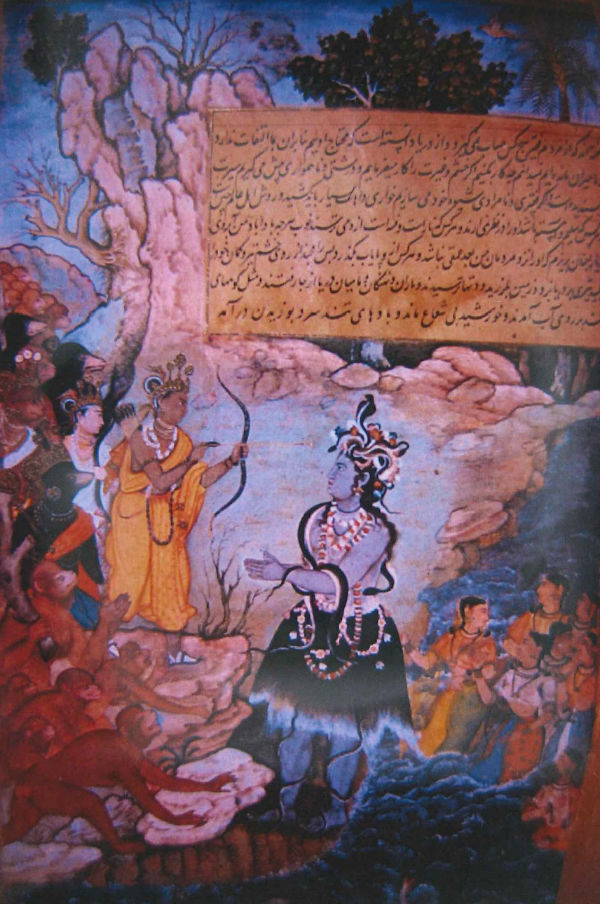