Laura Gibbs · 156. Indrajit Conducts a Sacrifice
Indrajit worshipped the war-goddess Pratyangira in a hidden shrine, conducting an elaborate ritual so that the devi would make him invincible.
Vibhishana, however, knew where the shrine was. "I will take you there," he said to Lakshmana.
With Vibishana's help, Lakshmana attacked the shrine, forcing Indrajit to break off the ritual. When Indrajit saw that it was Vibhishana who had betrayed him, he shouted, "Uncle, what have you done?"
"Your father has violated every law of good conduct," Vibhishana replied. "I fight for Rama now. I fight for Dharma."
In response, Indrajit attacked both Vibhishana and Lakshmana, but they escaped.
Inspired by: Valmiki's Ramayana.
Notes: This is the Yuddha Kanda (Book 6), sarga 87. You can read about Pratyangira at Wikipedia. 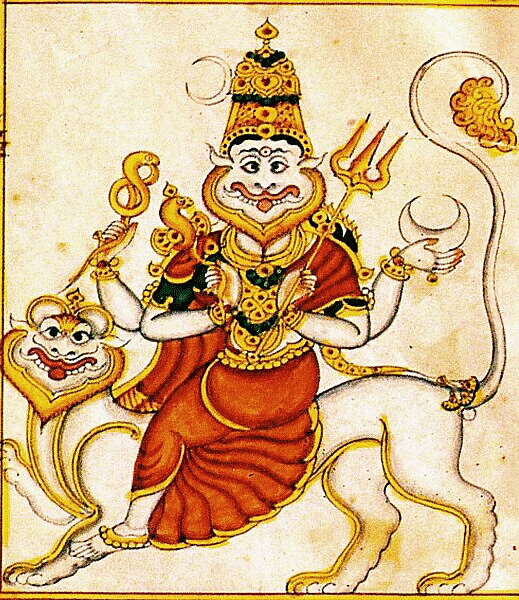