Laura Gibbs · 34. The Story of Ahalya
During their journey, Vishvamitra told the princes many stories. One story he told was about Ahalya.
Brahma created Ahalya, the most beautiful woman in the world. He then gave her to the rishi Gautama as a wife.
Gautama, however, had no time for Ahalya, focused as he was on his devotions.
Indra, meanwhile, lusted for the beautiful Ahalya. Disguised as Gautama, Indra took Ahalya to bed.
Gautama found out and cursed them both.
"You, Indra, will become impotent," he said. Indra's testicles fell to the ground.
"You, Ahalya, will turn into a stone." Ahalya was trapped, motionless, inside a stone.
Inspired by: Sita: An Illustrated Retelling of the Ramayana by Devdutt Pattanaik
Notes: This story is on p. 42 of the book. In Valmiki, this story is in the Bala Kanda, sarga 48. There are many variations. In some versions, Ahalya realizes that she is making love to an impostor; in other versions, she does not realize what has happened until Gautama returns home. In some versions, she becomes invisible; in others, she becomes a stone. Indra's punishment also varies: in Valmiki, his testicles fall off; in other versions he becomes covered with sores or covered with female genitalia. In some versions, Ahalya has three children: a daughter with Gautama (who goes on to become Hanuman's mother), as well as a son by Indra and a son by Surya. Gautama curses the boys to become monkeys: Vali and Surgriva. 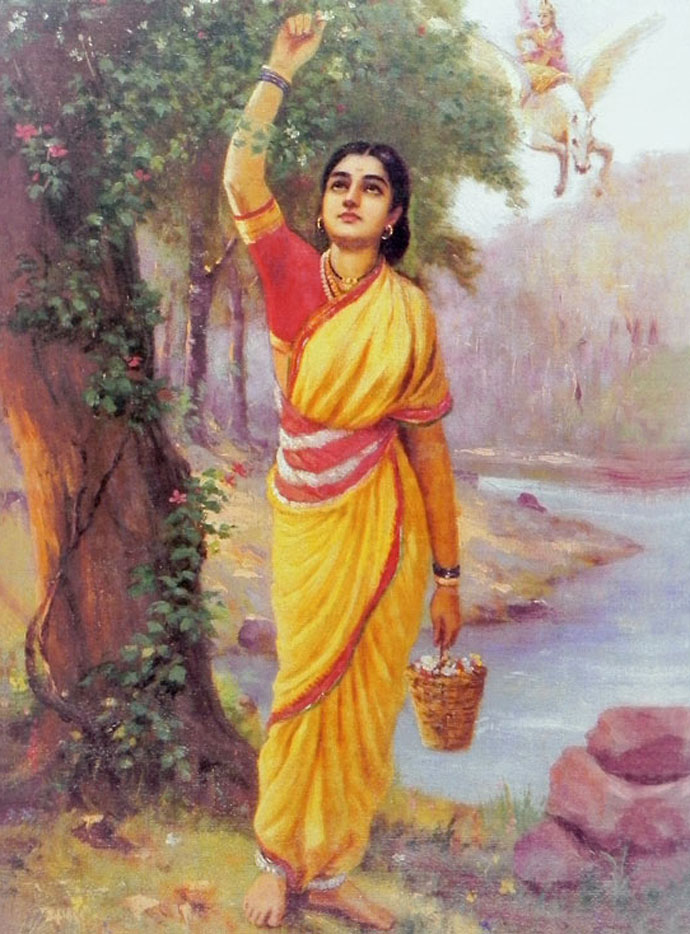