Laura Gibbs · 21. King Dasharatha Summons Rishyasringa
King Dasharatha consulted his advisors. "We must conduct a sacrifice so that the devas grant me a son," he said.
"Long ago I heard a prophecy about this," said Sumantra, the royal charioteer. "The prophecy said that Rishyashringa, the forest rishi, would bring King Dasharatha a son from heaven. Rishyashringa dwells in the neighboring kingdom of Anga. Summon him here to conduct the sacrifice!"
"I have heard of Rishyashringa," said Dasharatha. "When there was a drought in Anga, he brought rain to the kingdom. I will ask him to use his powers to bring a royal son to this kingdom."
Inspired by: Valmiki's Ramayana
Notes: This is the Bala Kanda (Book 1), sarga 8 and following. 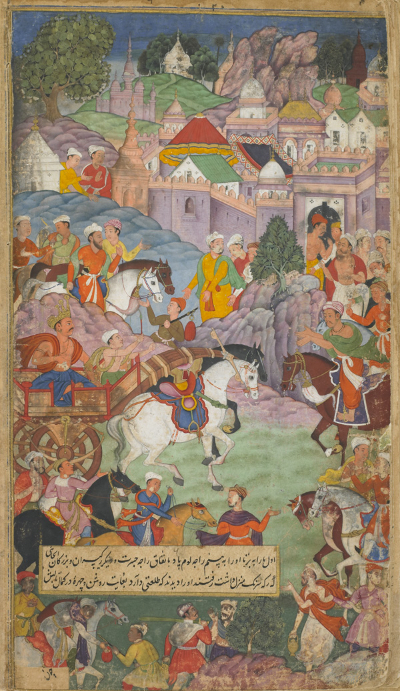