Laura Gibbs · 38. The Story of Sita
This is how Sita became the daughter of King Janaka:
The farmers of Mithila invited their king to begin the sowing season. Janaka brought forth his golden plow and offered prayers to the gods.
As he plowed, he noticed ten tiny fingers rising up from the soil. There, in a freshly plowed furrow, he found a tiny baby, a girl, reaching her arms towards him.
"She is a gift from Bhudevi, the earth-goddess," Janaka exclaimed, "and she has chosen me to be her father!"
Janaka named her Sita, which is Sanskrit for "furrow," and he adopted her as his daughter.
Inspired by: Sita: An Illustrated Retelling of the Ramayana by Devdutt Pattanaik
Notes: This story is on p. 9 of the book. Pattanaik notes that sometimes Sita is contained in a box. In the Jain and Kashmiri versions of the story, Sita is actually a child of Ravana, cast away in a box which makes its way by sea and earth to Janaka. 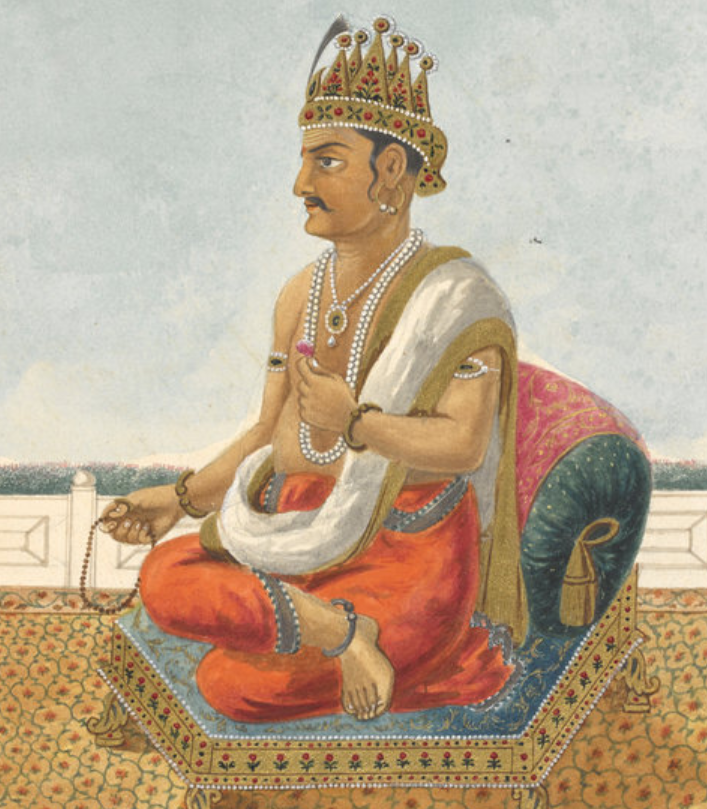