Laura Gibbs · 19. Ravana Battles Rama's Ancestor
Ravana defeated the kings of the earth, one after another.
He then marched on Ayodhya, where Aranyana was king.
King Aranyana led his army into battle, but Ravana incinerated them  in a blast of fire, leaving only Aranyana alive.
Aranyana fought on, firing hundreds of arrows at Ravana, but Ravana's armor repelled them all.
Ravana then struck Aranyana on the head, knocking him to the ground.
As he lay dying, Aranyana cursed the rakshasa king. "An avenger will arise from Ayodhya!"
Thus Aranyana's son Khatvanga had a son, Dilipa. His son was Raghu whose son Aja had a son: Dasharatha. 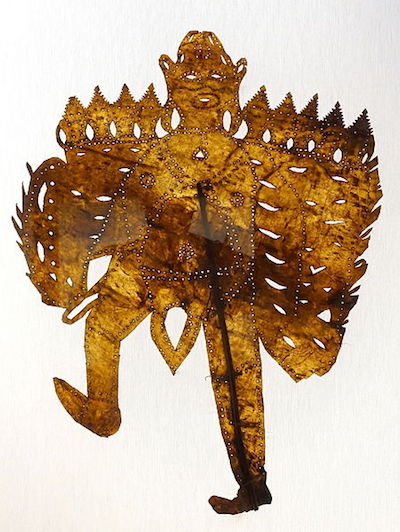