81. The Rats and the Jackal

Laura Gibbs · 81. The Rats and the Jackal
The Buddha was born as a rat, and there was a jackal who liked to eat rats.
To trick them, the jackal pretended to be a sadhu, gazing at the sun, standing on one leg, eating no food.
Each day the rats would run by the saintly jackal, and each day the jackal grabbed the last rat running by.
The Buddha suspected something was wrong, so he brought up the rear.
When the jackal tried to grab him, the Buddha shouted, “You evil hypocrite!” He jumped at the jackal’s throat and killed him, and the rats enjoyed a great feast.
Inspired by: The Jataka, translated by Robert Chalmers.
Notes: This is the Bilara Jataka. Here is an illustration by Ellsworth Young (for a version of the story with a wolf instead of a jackal)? 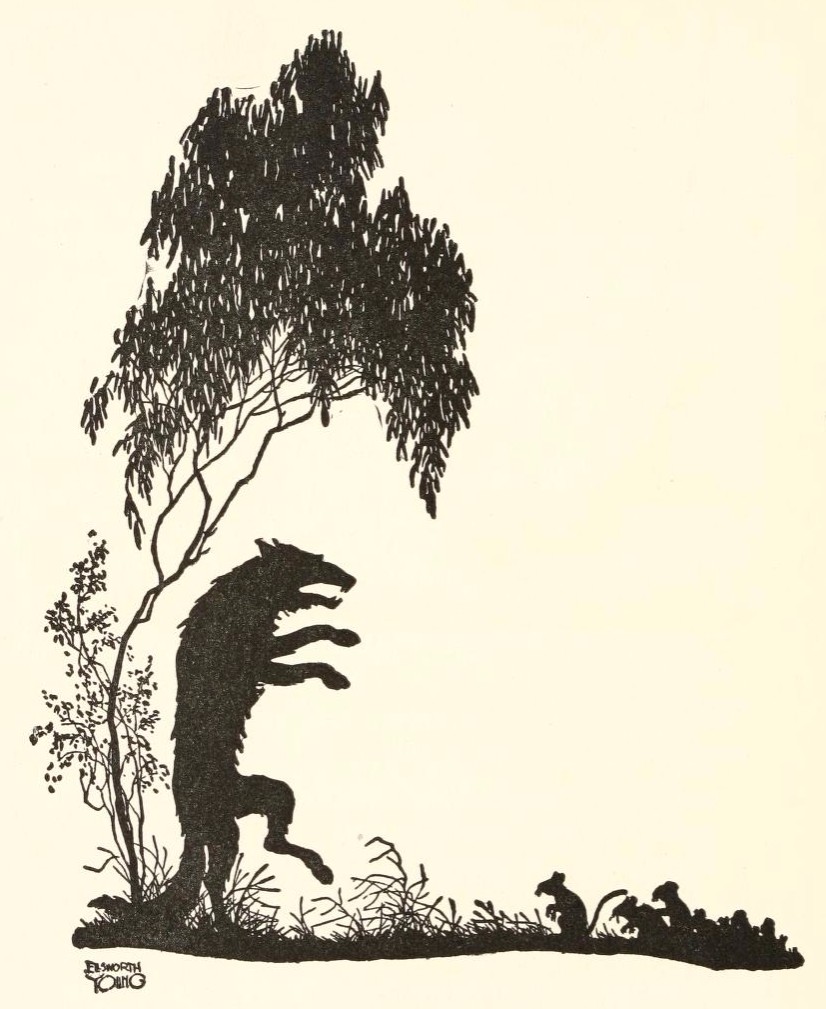