Laura Gibbs · 80. The Rats in the House
A foolish man saw there were rats in his house.
He was determined to destroy the rats, so he set his own house on fire.
His house burned down to the ground.
But the rats escaped by running to the house next door, so the man burned down that house too.
"You won't escape me, you rats!" he shouted.
But the rats just ran into the next house, so the man set that house on fire as well.
And the next. And the next.
Give him enough time and that fool will burn down all the houses in the world.
Inspired by: Heeramma and Venkataswami, or Folktales From India by M. N. Venkataswami
Notes: Compare the story in which Nasruddin rejoices to see his house burning down because, at last, it will kill the bedbugs: Revenge on the Bedbugs. 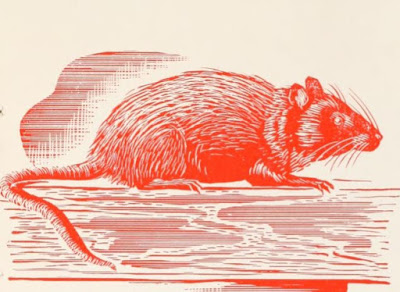