15. The Jackal and the Otters

Laura Gibbs · 15. The Jackal and the Otters
There were once two otters who caught a fish, and then they quarreled about how to divide it.
“The middle is mine," one otter said. "You can have the head and the tail."
“No!” said the other otter. “I want the middle! I'll give you the head and the tail.”
A greedy jackal came by. "I'll be glad to judge between you," he said.
The otters explained what had happened.
"Oh, that's easy!" the jackal exclaimed. "You take the head... and you take the tail..." and then the jackal ran away with the middle part of the fish for himself.
Inspired by: The Jataka, translated by H.T. Francis and R.A. Neil.
Notes: This is the Dabbhapuppha Jataka. For another story about an opportunistic third party, see: The Hawks and the Crows, and for an untrustworthy judge, see: The Partridge and the Rabbit. 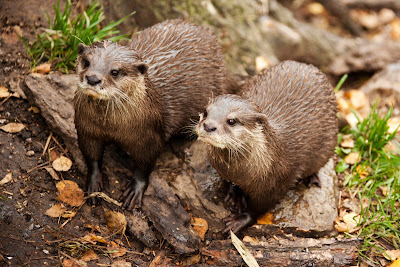 And here is an illustration of the story by Ellsworth Young: 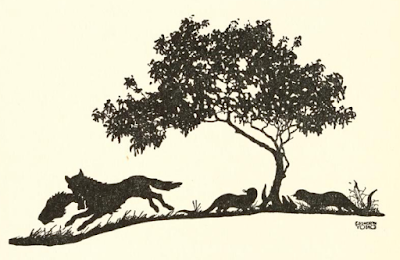