34. The Hawks and the Crows

Laura Gibbs · 34. The Hawks and the Crows
The hawks and the crows agreed to go hunting together.
One day, they found a fox nearly dead of starvation.
"We'll eat the upper half of the fox," said the crows.
"And we'll eat the lower half," said the hawks.
The fox laughed. "I always thought hawks superior to crows. Surely the hawks, not the crows, deserve the upper half."
"Yes, we do!" shouted the hawks.
"No, you don't!" shouted the crows.
A great fight broke out, and the fox recovered her strength by feasting on the fallen birds.
Thus the weak can profit when the powerful quarrel amongst themselves.
Inspired by: Indian Fables by Ramaswami Raju.
Notes: Compare a similar story about three parties: Stag, Tiger, and Crocodile. In Raju's story, he specifies "kites," although I changed this to "hawk." 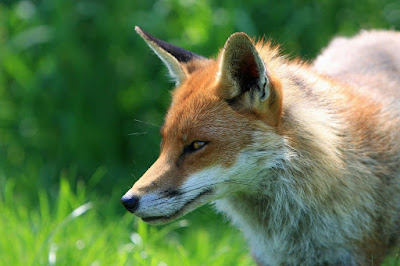