35. The Jackdaw and the Glow-Worm

Laura Gibbs · 35. The Jackdaw and the Glow-Worm
A jackdaw had caught a glow-worm and was about to eat her.
"Wait!" the insect said. "I know where you can get hundreds of glow-worms."
"Show me!" said the greedy bird. "Take me there now!"
The glow-worm took the jackdaw to a potter's workshop where there was a fire burning.
"See that light?" said the glow-worm. "Go eat those glow-worms there, and then I'll show you more."
The jackdaw ran up to the fire and tried to eat the sparks, but the fire burned his mouth… and when he went back to complain, the glow-worm had already made her escape.
Inspired by: Indian Fables by Ramaswami Raju
Notes: You can read more about fireflies and glow-worms at Wikipedia. 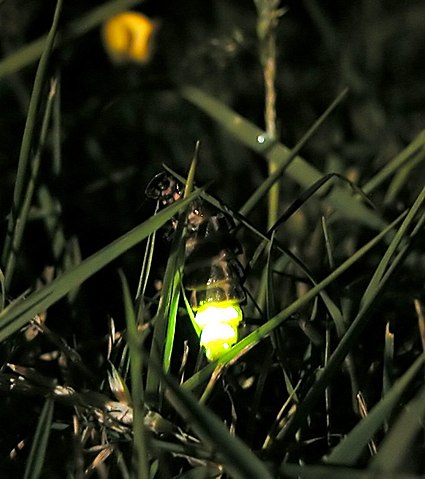