84. The Jackal and the Lion

Laura Gibbs · 84. The Jackal and the Lion
The Buddha was once born as a lion.
A jackal asked to be this lion's servant. The lion agreed, and the jackal grew fat eating food the lion killed.
As time went by, the jackal thought he was as strong and mighty as a lion. “I'm ready to kill an elephant on my own!” he boasted.
The lion warned him of the danger, but the jackal wouldn’t listen.
Then, when the jackal tried to bite an elephant’s foot, the elephant crushed the jackal to death.
“Foolish jackal,” said the Buddha, “you learned your limitations at the cost of your life.”
Inspired by: The Jataka, translated by Robert Chalmers.
Notes: This is the Virocana Jataka. Here is an illustration by Ellsworth Young (for a version of the story with a wolf instead of a jackal): 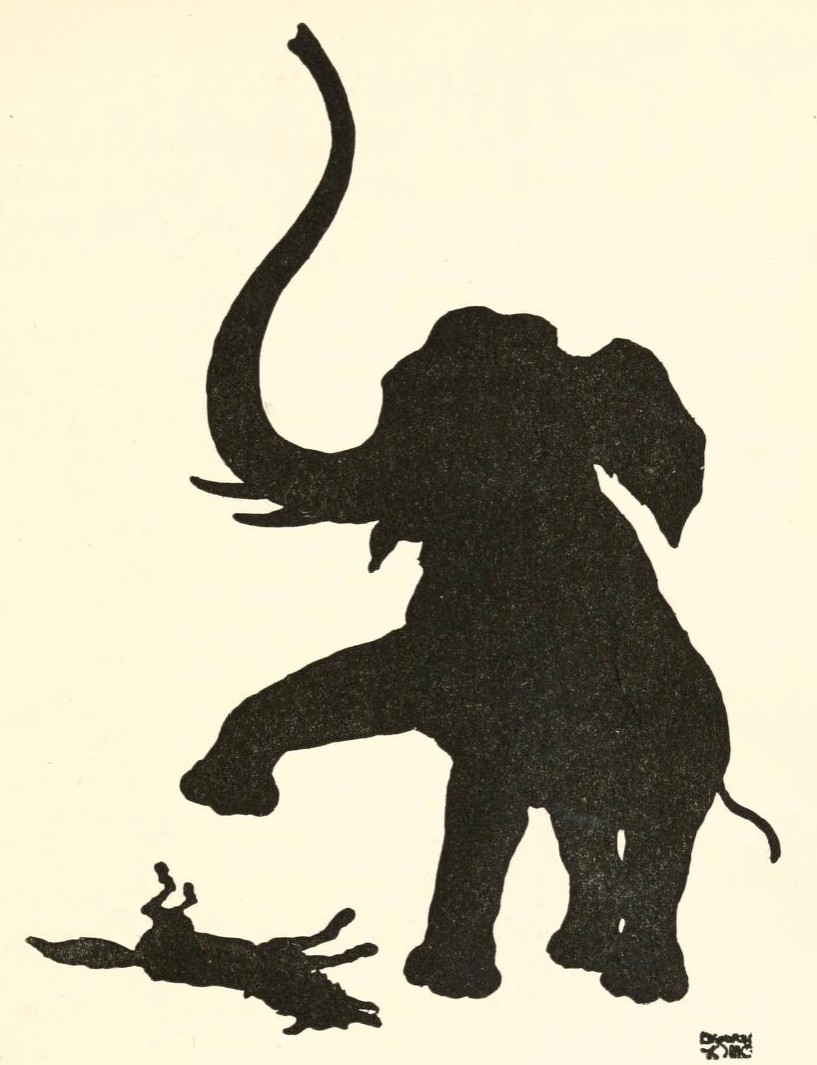