83. The Jackal and the Corpse

Laura Gibbs · 83. The Jackal and the Corpse
The Buddha was again born as a jackal, and he made his home in the cremation fields amidst the corpses.
A wicked man who wanted to kill the jackal had gone there and lay on the ground, club in hand, pretending to be dead.
The jackal approached, but he suspected this man was not really dead.
He grabbed the club in his teeth and tugged. The man tightened his grip, and the jackal let go.
“Human, if you were dead, you wouldn’t have tightened your grip.”
The man then sprang up, but he was too late: the Buddha had escaped.
Inspired by: The Jataka, translated by Robert Chalmers.
Notes: This is a Sigala Jataka. The cremation grounds are called smashana in Sanskrit. You can find out more at Wikipedia. For another Sigala Jataka, see the story of the jackal inside the elephant. 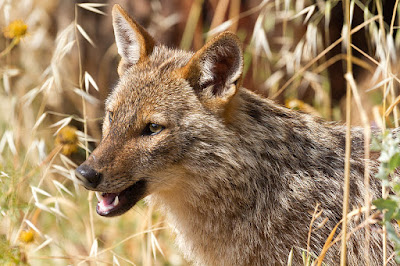