85. The Deer and his Nephew

Laura Gibbs · 85. The Deer and his Nephew
The Buddha was born as a deer.
The deer's sister said to her son, "Go to your uncle and learn the tricks you need to stay safe from hunters."
But the young deer didn't listen to his mother.
The Buddha said to him, "Nephew, there are things you must learn to stay safe. I will teach you."
But the young deer didn't listen to his uncle.
He then fell into a hunter's trap and was killed.
"Brother," said the Buddha's sister, weeping, "why didn't you teach him?"
"I couldn't teach him," said the Buddha, "because he didn't want to learn."
Inspired by: The Jataka translated by Robert Chalmers
Notes: This is the Kharadiya-Jataka. 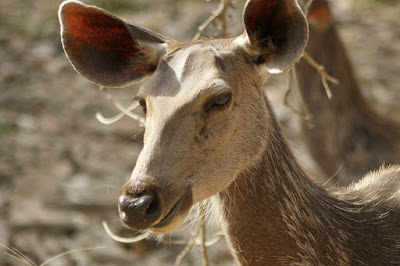