91. The Quail and the Hunter

Laura Gibbs · 91. The Quail and the Hunter
The Buddha was born as a quail.
A hunter caught the Buddha and his flock, and he put them in cages, feeding them well and fattening them to sell.
“If we don't eat, we'll grow thin," the Buddha thought, "and that might save us."
So he told the others, "Don't eat!"
But they ate the food and grew fat, and then the hunter sold them.
Meanwhile, the Buddha grew thin and lay motionless in the cage.
"Is it dead?" the hunter wondered.
He took the bird out to see what was wrong, and the Buddha jumped up and flew away.
Inspired by: The Jataka, translated by Robert Chalmers.
Notes: This is the Vattaka Jataka. Compare a similar story in Rumi: The Wild Parrots of India. 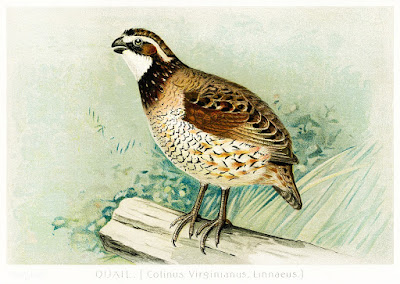