The Sun and the Fruit-Bat

Sun's child was sick, so Sun went to Fruit-Bat and said, "Save my child!"
Fruit-Bat cured Sun's child.
Then Fruit-Bat's child became sick. "Sun!" shouted Fruit-Bat. "Repay the favor and cure my child."
"You must come see me early in the morning," said Sun. "Don't be late! I can't stop once I start."
Fruit-Bat arrived at dawn.
"Too late!" said Sun. "Come tomorrow while it's still dark."
But by the time Fruit-Bat got home, his child had died. "I will never look at the Sun again," he vowed.
So Fruit-Bat never comes out by day because Sun did him wrong.
Inspired by: "Fruit Bat and Sun" in Umbundu: Folk Tales from Angola by Merlin Ennis, 1962.
Notes: You can read the original story online. 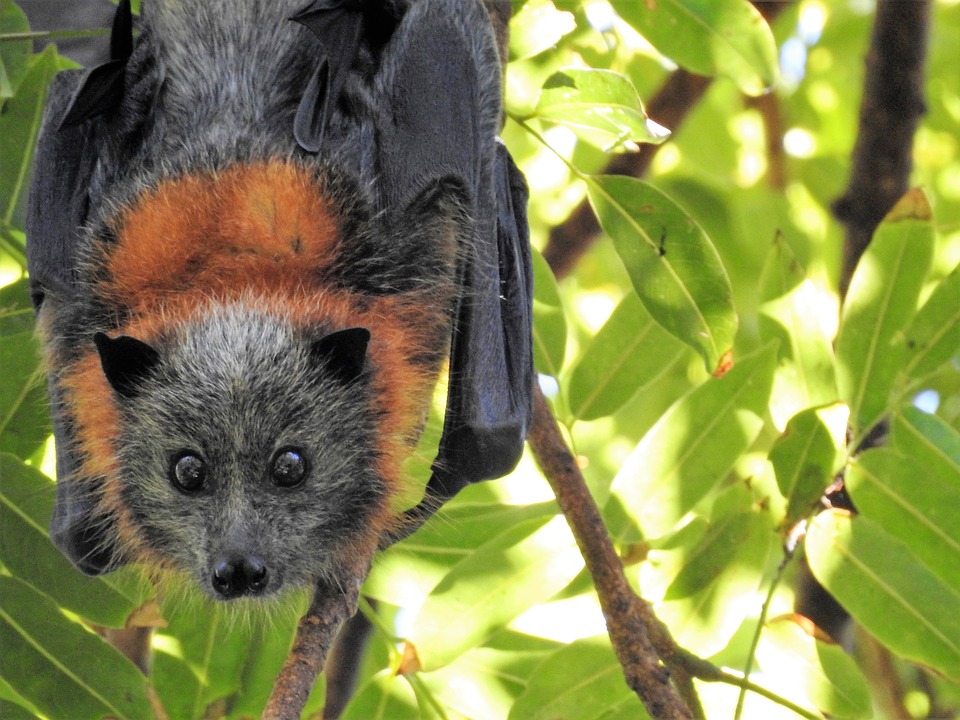