Muhammed and the Animals.

Muhammed herded his cattle in the forest, and he also grew millet. As he prospered, he acquired a cat, a chicken, and a dove, but he still missed his father.
One day, Muhammed asked his cat, "If you found my father, what would you say?"
"Meow! Meow!" said the cat.
He asked the chicken.
"Cluck! Cluck!" said the chicken.
He asked the dove.
"Coo, come with me, coo! Coo, I'll take you to Muhammed, coo!"
So Muhammed sent the dove to fly everywhere, seeking his father, and the dove brought Muhammed's father to him, so they lived happily ever after.
Inspired by: "Huda the Dove" in Wisdom from the Nile by Ahmed Al-Shahi, Ahmed and F. C. T. Moore, 1978.
Notes: You can read the original story online. This is the second part of the story; here is how it starts: Muhammed and His Father. 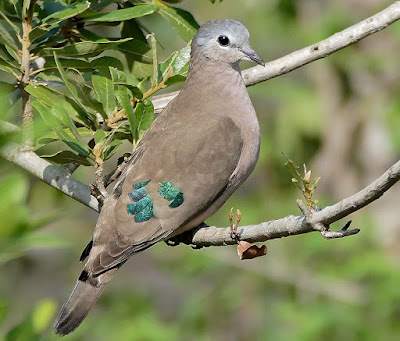