Two brothers went into the forest for wood. A snake bit one, and he died.
The other wept. "When I return alone, they'll say I killed him. Please, Snake, restore my brother! Then, come to the village and kill him there."
The snake brought medicine, revived the boy, and went with the brothers.
In the village, the snake again bit the boy; he died, and his brother told the people what had happened.
The people said, "O Snake, revive him again. You have the power!"
Moved to mercy, the snake revived the boy again and slithered back into the forest.
[a Vai story from Liberia]
Inspired by: " Two Boys and the Snake" in Negro Culture In West Africa by George W. Ellis, 1914.
Notes: You can read the original story online. These are Vai stories from Liberia. Although the story does not say they were brothers, it is easier to tell that way. 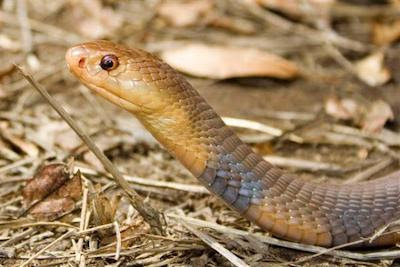