Rat's beautiful daughter had many suitors.
"She'll marry the best farmer!" Rat declared.
Dog's field grew nothing but weeds.
Frog watered his crops too much, Lizard too little.
Nothing at all grew in Leopard's field.
Goat ate all his crops before they could be harvested.
Cat had the best harvest, so he married Rat's daughter.
"Trim your teeth!" the bride demanded, so Cat filed his teeth down.
"Now they're too short!" said the bride. "I still don't like how you look."
Furious, Cat pounced and killed her.
That's why cats still kill rats, angry about the marriage of long ago.
[a story from Liberia]
Inspired by: "Why Cats Kill Rats" in Folktales from Liberia (in Journal of American Folklore) by Richard C. Bundy, 1919.
Notes: You can read the original story online. The original is just a summary and does not list the other suitors, so I made those up myself. 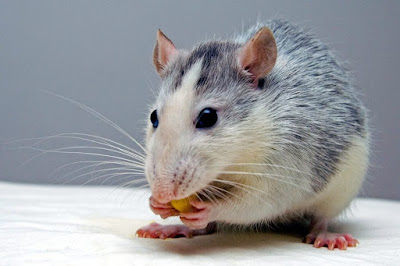 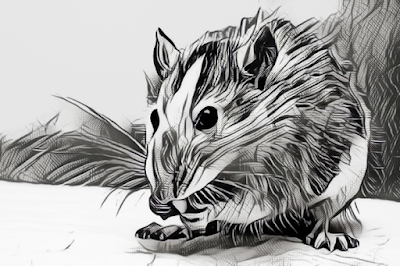