A mother-bird left her chick alone while she looked for food.
Then she heard screams. "Help! Mother! It's a python!"
Terrified, she flew back to the nest.
"Ha, I tricked you," said the chick.
"You shouldn't tell lies," the mother said patiently.
But the chick kept doing the same thing again and again.
Then one day when the mother-bird went foraging, a python really did come.
"Help! Mother! Help! It's a python!" screamed the chick.
But the mother-bird ignored his cries, and the python ate him up.
She found nothing but a few feathers when she returned to the nest.
[a Bulu story from Cameroon]
Inspired by: "Why Small Bird Died" in Bulu Folk-Tales (in Journal of American Folklore) by George Schwab, 1914.
Notes: You can read the original story online. 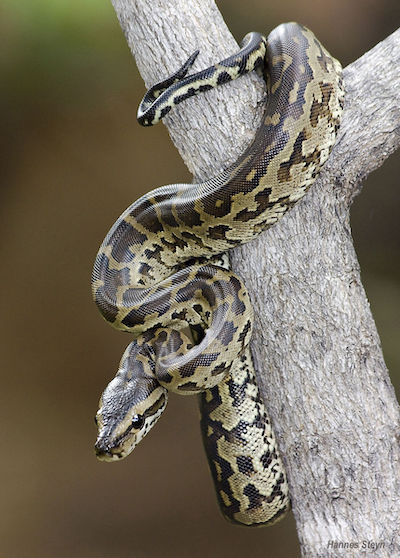