172. The Jackals and Their Brides

Two Jackals transformed into men.
"Marry us!" they said to two sisters.
"Don't do it!" said their brother, but the sisters married the men and went away with them; the boy followed secretly.
When they reached the village of Jackals, the men became Jackals again.
"Now we will eat you!" they said, and the women screamed.
Their brother ran forward. "Brothers-in-law!" he shouted. "I must make you a wedding gift!"
Then he felled a tree and carved a canoe.
"But there's no water," said the Jackals.
The brother and sisters got in; the boat flew away!
That's how they escaped.
[a Nyanja story from Zimbabwe]
Inspired by: "The Jackals and the Boat" in Folklore of the Banyanja (published in Folklore) by Madeleine Holland, 1916.
Notes: You can read the original story online. The original story does not say that the girls were sisters (the boy was the brother of one of them), but it was easier to tell the story with them as sisters. 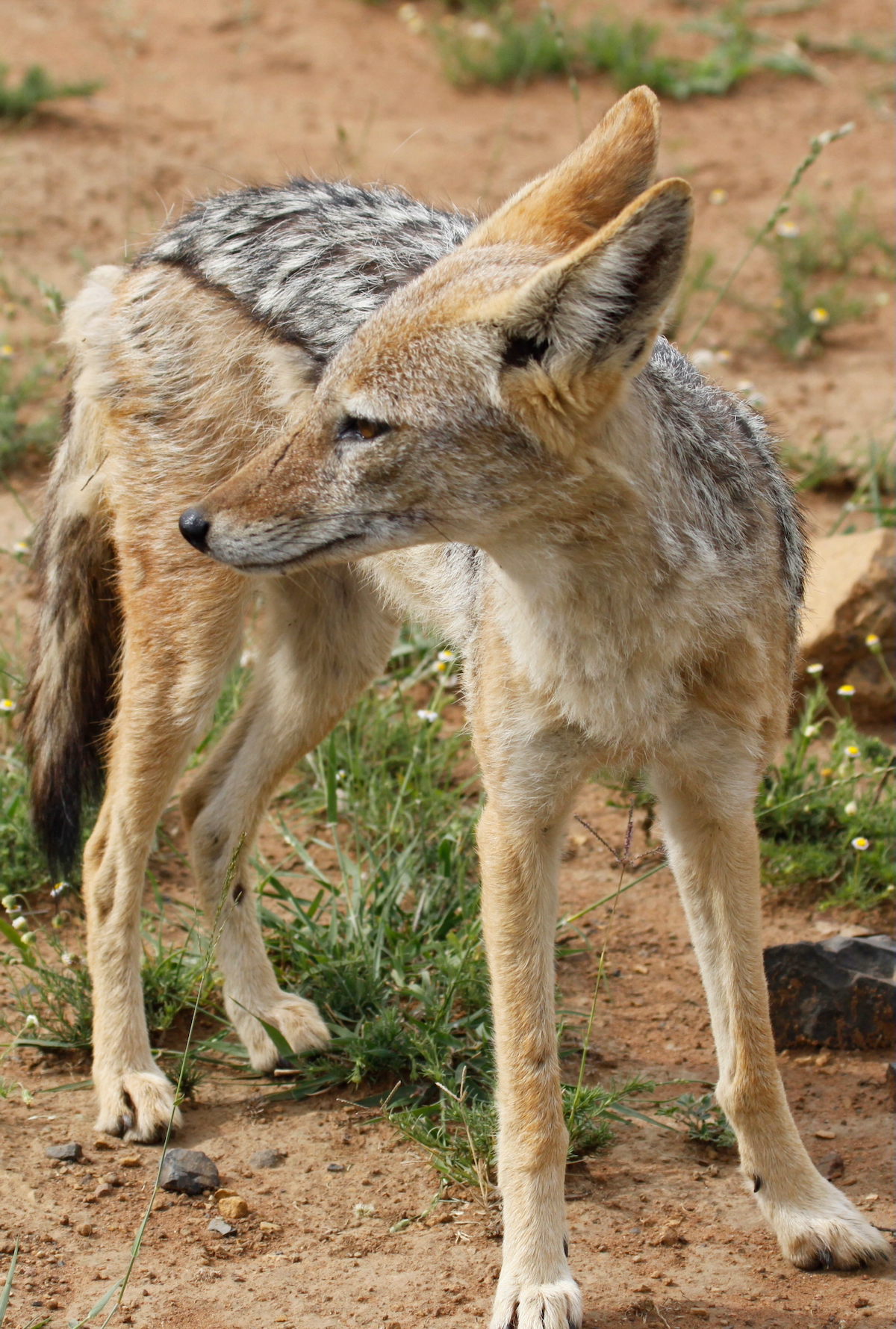