138. The Antelope and Her Child

"Don't walk there!" said the Antelope to her child, nodding toward a smooth patch of dirt. "The earth will swallow you."
"Don't be silly!" said the little Antelope. "Who ever heard of the earth swallowing someone?"
"Believe me," the mother repeated. "Death awaits you there. Be careful!"
But the little one did not listen. As soon as he set foot on the place of danger, a hunter's pitfall opened up beneath him, and he fell to his death, impaled on sharp spears in the pit.
"Woe is me," said his mother. "My child has died because he would not listen."
[a Bulu story from Cameroon]
Inspired by: "Young Okpweng Antelope Learns Obedience at the Cost of His Life" in Bulu Folk-Tales (in Journal of American Folklore) by George Schwab, 1919. The Bulu are a people who live in Cameroon.
Notes: You can read the original story online. The name of the antelope is okpweng, also known as duiker. 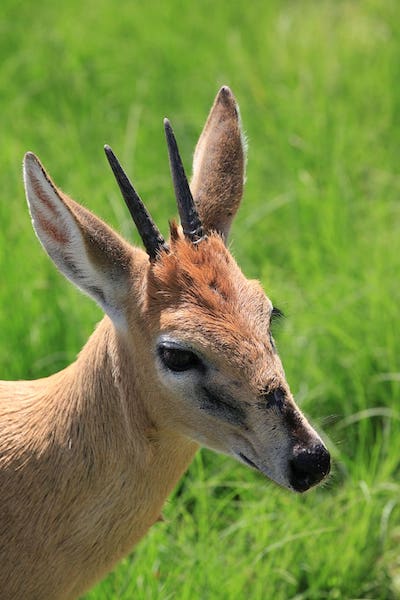