The Dove and the Crow Go Hunting

Crow and Dove went hunting, armed with guns and accompanied by dogs and a huntsman.
Dove shot and killed the first animal, but Crow shouted, "Mine! It's mine!"
"No," said Dove.
"Yes!" shrieked Crow. "Mine!"
This happened repeatedly; Crow claimed everything.
Then Dove accidentally shot the huntsman. Again, Crow shouted, "Mine!" It's mine!" but when he saw the dead huntsman, he said, "No, that's yours."
"I conceded you all the rest," insisted Dove. "This is yours too."
They argued, and the village elders ruled for Dove against Crow, so Crow had to bury the body and pay the funeral expenses.
Inspired by: "How the crow cheated the dove" in Congo Life and Jungle Stories by John Weeks, 1921.
Notes: You can read the original story online. 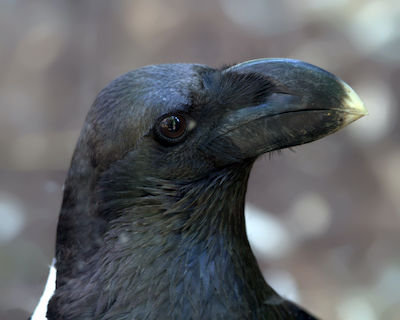