90. The Leopard and the Python

Leopard begged Tortoise to catch Python. “Python scares me,” Leopard explained.
“I’ll do it,” Tortoise promised.
Then Python begged Tortoise to catch Leopard. “Leopard scares me,” Python explained.
“I’ll do it,” Tortoise promised.
Next, Tortoise dug a pit and went to Leopard. “Come here,” Tortoise said, and Leopard fell into the pit.
Then Python. “Come here,” Tortoise said, and Python fell in.
“I caught Python for you, Leopard,” Tortoise said, laughing, “and Leopard for you, Python. Now: get acquainted!”
Python stared at Leopard, and Leopard stared back. Then they helped each other out of the pit and became best friends.
[a Bulu story from Cameroon]
Inspired by: "The Tortoise and the Leopard and the Python" in Bulu Tales from Kamerun, West Africa (published in Journal of American Folkklore) by Adolph N. Krug, 1912.
Notes: You can read the original story online. 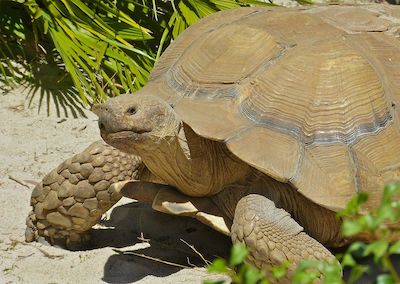 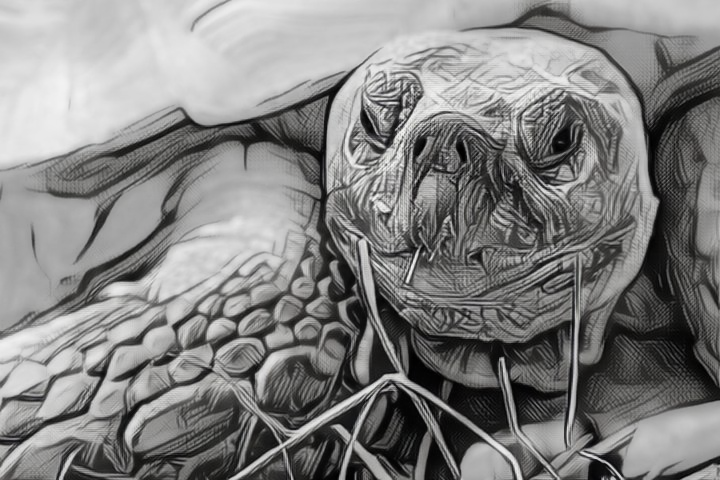