A little boy caught a fish and put it in his sack. Later, he looked in the sack: it had turned into a guinea-fowl's head!
Then he heard his older brothers shouting, "Where is our goat? Have you seen it?"
"No," said the little boy.
They grabbed the sack and looked inside: they saw the goat's head.
"You killed it!" they said angrily, and they dragged the boy home to their mother.
The mother looked in the sack: she saw her husband's head!
The mother and brothers ran away, leaving the little boy behind.
He never saw his father again.
[a Nyanja story from Zimbabwe]
Inspired by: "The Magic Head" in Folklore of the Banyanja (published in Folklore) by Madeleine Holland, 1916.
Notes: You can read the original story online. 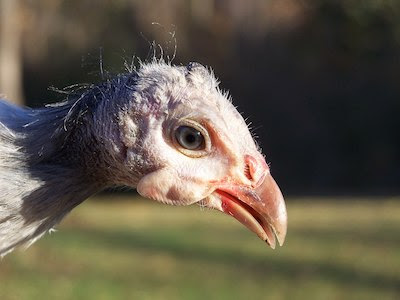 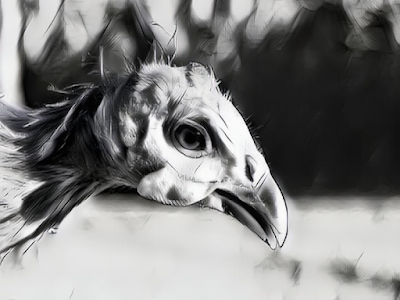