160. The Lioness and the Ostrich

Lioness roared.
Ostrich roared back.
“You’re a worthy comrade,” Lioness admitted. “Let’s hunt together.”
Ostrich hunted with her feet; Lioness used her teeth. They killed elands and dragged them to where Lioness’s cubs waited.
“Please take all the meat,” Ostrich told Lioness. “I prefer to drink the blood.”
Then Ostrich, Lioness, and the cubs rested.
Ostrich’s mouth fell open as she slept.
One cub looked inside Ostrich’s mouth. “Mother,” he whispered, “that creature has no teeth!”
Lioness roared angrily. “You are not a worthy comrade,” she screamed at Ostrich, and then she pounced, tearing Ostrich to pieces with her teeth.
[a Tswana story from South Africa]
Inspired by: "The Lioness And The Ostrich" in South-African folk-tales by James A. Honeÿ, 1910.
Notes: You can read the original story online. In the original when they fight, they stand on opposite sides of an anthill and Ostrich throws the anthill at Lioness. For the Setswana language version, see the Folklore journal publication of 1879 by A. J. Wookey: The Lion and the Ostrich. Compare a version in Dornan: Ostrich, King of the Animals. 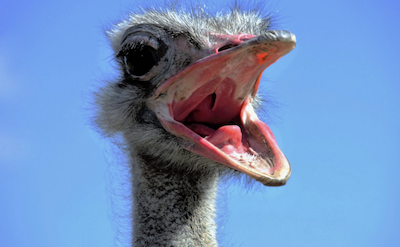 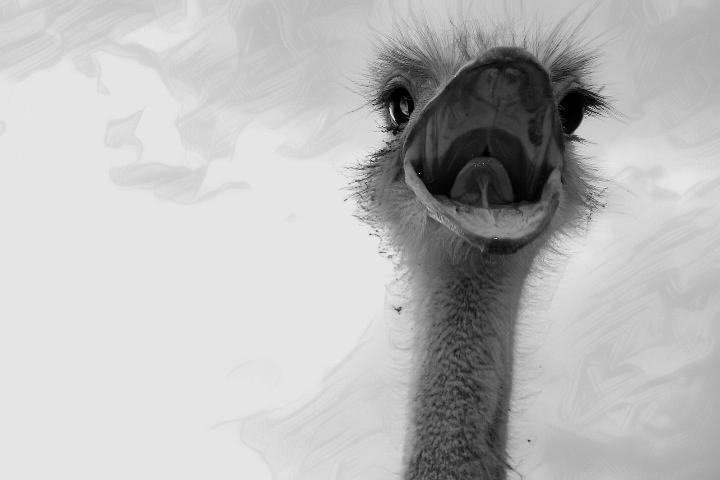