10. The Medicine of Immortality

After God created people, he saw that the people grew old and died, so he filled a jar with medicine and gave the jar to a crow, saying, "Take this to the people so that they will live forever."
The crow flew down from heaven, but an eagle overtook him and stole the jar. Because the eagle flew so swiftly, he spilled medicine all over the forest.
When he reached the people, only a little medicine remained.
That is why people recover from some sicknesses, but eventually they die. Meanwhile, the forest lives on and on, renewing its life everlasting.
[a story from Liberia]
Inspired by: "Plant Life and Animal Life" in Missionary Story Sketches: Folklore from Africa by Alexander Priestley Camphor, 1909.
Notes: You can read the original story online. The species of the original messenger bird is not stated in the story; I made it a crow. In the original story, a young boy asks an old man why saplings made into a fence continue to sprout, and in reply the old man tells this story. For more about Camphor and his work in Liberia, see the note to this story: The Elephant and "Big America." 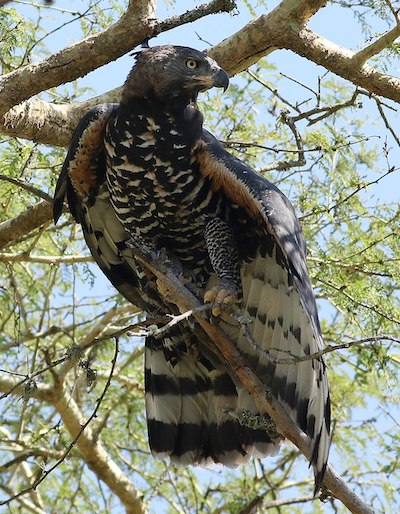