122. The Elephant, the Leopard, and the Goats

One day Leopard went hunting. "Stay here," he said to his cub.
While Leopard was gone, Elephant came and stepped on Leopard's cub, killing him.
Leopard was furious when he heard the news. "Goats killed my son!" he shouted.
"No," said the eyewitnesses, "we were there; we saw. It was Elephant."
"Not Elephant! This was the deed of Goats," Leopard insisted. "Goats did it!"
Then Leopard went and slaughtered many Goats to avenge his son's death. Leopard knew Elephant killed his son, but he was not strong enough to fight Elephant.
Hence the proverb: Goats did it, says the Leopard.
[a Tigray story from northern Ethiopia]
Inspired by: "The Tale of the Elephant and the Leopard and his Son" in Tales, Customs, Names, and Dirges of the Tigre Tribes by Enno Littmann, 1915.
Notes: You can read the original story online. At the end, the storyteller says: "And until the present day it is like this: if a man is wronged by some one who is stronger than he, and he finds no means to overpower him, he rises against him who is wea er than he. And they say as a proverb: The goats do this, said the leopard." 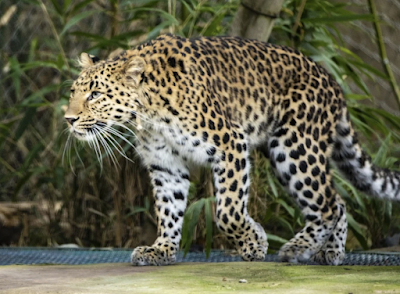 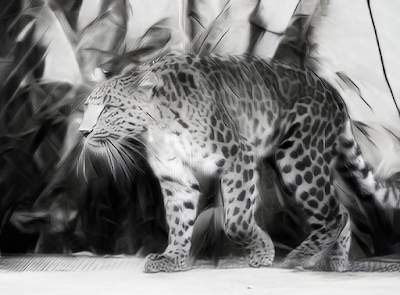