Lion had killed a deer and was eating when Leopard attacked him and tried to take the meat away.
"Stop it!" Lion yelled.
"Make me!" yelled Leopard.
Then Lion and Leopard began fighting.
A bird squawked, "Hyena! Do something! Lion and Leopard are fighting."
Hyena ran up and started singing. "Only a fool gets between Lion and Leopard, la-la-la!" she sang. "Only a fool! Only a fool!"
Lion and Leopard began singing too. "Only a fool! Only a fool!"
Then they started dancing. "La-la-la foolish! La-la-la fool!"
As Lion and Leopard sang and danced, Hyena grabbed the meat and ran.
[a Hausa story from northern Nigeria]
Inspired by: "The lion and the leopard" in Hausa folk-lore, customs, proverbs, etc. by Maalam Shaihua, translated by R. Sutherland Rattray, 1913.
Notes: You can read the original story online. In the original story is not entirely clear that Hyena took the meat, but that seemed like what Hyena would do, always being very greedy. There is a similar Aesop's fable about fox stealing food from lion and bear when they are fighting, but in that story, the lion and bear just wear each other out; there is no singing and dancing. 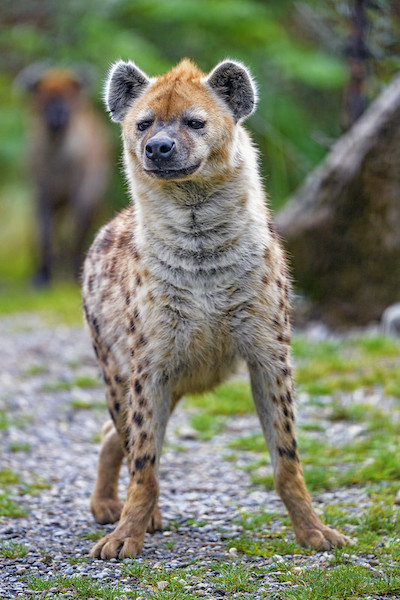