68. The Rabbit and the Chameleon

Rabbit and Chameleon decided to race.
Without Rabbit realizing it, Chameleon grabbed onto Rabbit’s tail.
Rabbit ran and ran. Confident that he had left Chameleon far behind, Rabbit stopped to rest.
Imagine his surprise when Chameleon suddenly appeared, passing him and running farther down the race track. “How did he keep up with me?” Rabbit wondered. “How can Chameleon be a better runner than me?”
Rabbit called for a new race, and Chameleon rode Rabbit’s tail again.
When they raced a third time, Rabbit had to admit: Chameleon was the better runner.
He never realized that Chameleon had tricked him.
[a Gogo story from Tanzania]
Inspired by: "A Hare and Chameleon" in Notes on the Wagogo of German East Africa (in The Journal of the Anthropological Institute of Great Britain and Ireland) by H. Cole, 1902.
Notes: You can read the original story online. 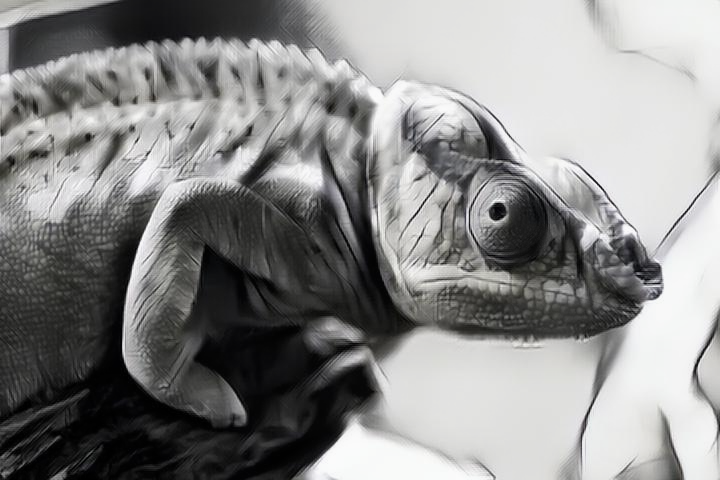