“This soup tastes so good,” said Cane-Rat to his friend, Bat. “What’s your secret?”
“I boil myself in the water,” said Bat. “I’ll show you how to do it.”
Bat got into a pot of water and got out again a few minutes later. The water wasn’t boiling, but Cane-Rat thought it was.
Cane-Rat went home and told his wife to boil him. “That is Bat’s secret for tasty soup,” he explained. “Just boil me a few minutes.”
Cane-Rat died!
His widow told the King, who ordered Bat’s arrest.
That’s when Bat went into hiding, only coming out at night.
[a story from southern Nigeria]
Inspired by: "Why the Bat flies by Night" in Folk stories from southern Nigeria, West Africa by Elphinstone Dayrell, 1910.
Notes: You can read the original story online. The name of the bush rat is Oyot, and the bat is Emiong. 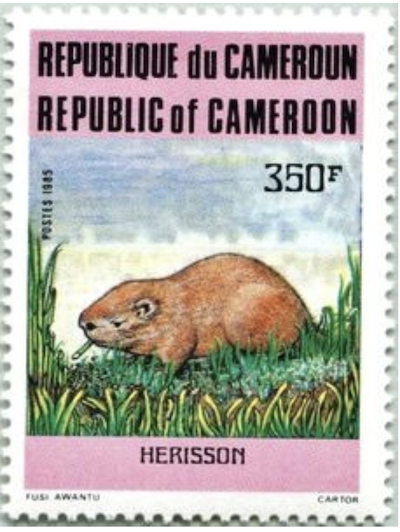