7. The Woman and Her Yams

There was once an old woman who planted a field of yams.
One morning when she went to the field, she found that someone had dug up the yams. This made her angry.
“Who’s been eating my yams?!” she shouted.
She could not figure out who the thief was.
Then while she was working in the field, she saw a herd of pigs. They were eating her yams! The woman chased the pigs, hitting them on the nose with her hoe.
She hit them hard!
That’s why pigs today have flat noses: the woman punished them for stealing her yams.
[a Calabar story from southern Nigeria]

Inspired by: "The Old Woman's Yams" in Calabar Stories (published in Journal of the Royal African Society) by J. Maxwell, 1906.
Notes: You can read the original story online. Cocoyams are also called taro root; see Wikipedia. 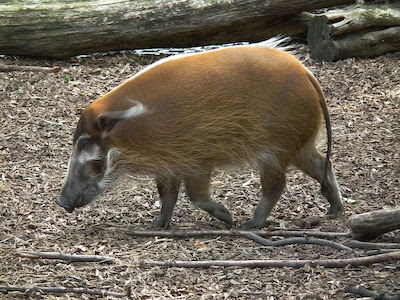