To keep robbers out of his garden, a man took some bark-cloth, twisted it tightly, and armed it with sharp thorns. “Bark-cloth,” he said, “if robbers come here, bite them with your thorns!”
A robber came, and the bark-cloth bit him.
“Why did you do that?!” shouted the robber.
“My master put me here to bite robbers,” replied the bark-cloth.
The robber died.
The chief came.
“Bark-cloth,” he said, “you have killed a man; you have a bad heart.”
Then the bark-cloth crawled away into the bushes.
When it sees people, it bites them.
That is the origin of snakes.
[a Yao story from Malawi]
Inspired by: "The Serpent" in Africana by Duff Macdonald, 1882
Notes: You can read the original story online. Macdonald collected these stories from the Yao people at the Blantyre Mission in Malawi. 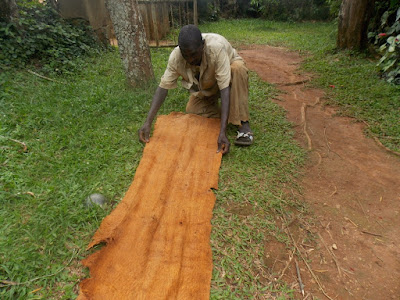 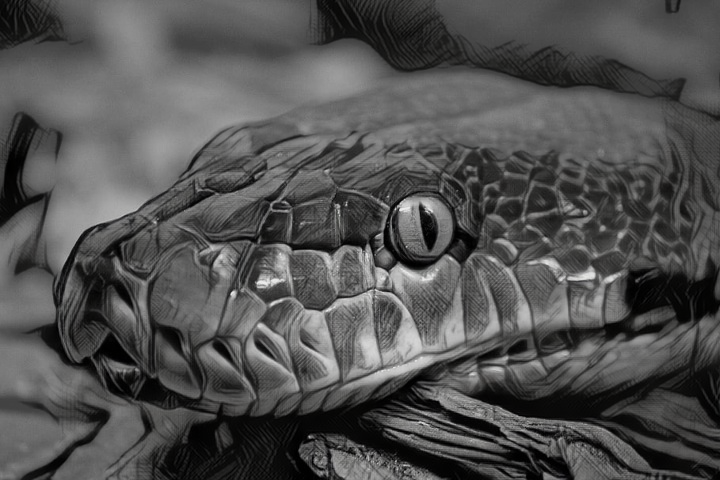 37. Snake by Patrick Case at Pixabay