A poor man and his wife hoed their garden all day.
By night a magical bird came. “Garden, be mixed again,” it said.
The couple hoed the next day; again the bird came.
That night they kept watch and caught the bird.
“I can make milk for you,” the bird told them.
Thus they become rich. The family grew fat eating milk.
The village children were curious. “How did you get so fat?” they asked.
“From the milk-bird,” the poor children answered. “We’ll show you.”
But when they freed the milk-bird from its cage, it flew away and never returned.
[a Bantu story from southern Africa]
Inspired by: "The Bird that Made Milk" in Bantu Customs and Legends (published in Folklore) by James Macdonald, 1892.
Notes: You can read the original story online. This story is one of the most famous folktales of southern Africa, and is told in many different versions by many different southern African peoples. 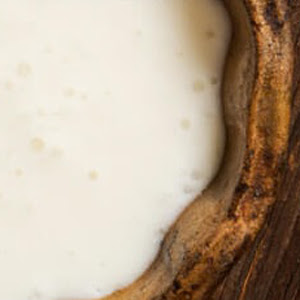