There was a man whose wife was bad-tempered.
He finally sent her to live in a hut in the bush.
A hyena decided to occupy the same hut, eating the woman’s food and drinking her water. When the hyena gave birth, she made the woman tend her cubs.
One day when preparing stew, the woman threw the young hyenas into the stew-pot and ran back to her husband.
When the enraged hyena arrived and attacked the woman, her husband defended her, killing the hyena with his spear.
From then on the wife was well-behaved and lived happily with her husband.
[a Bari story from the Sudan]
Inspired by: "The Woman and the Hyena" in Ten years in Equatoria by Gaetano Casati, 1891.
Notes: You can read the original story online. This is a Bari legend. In the original story, the man had two wives, one good-temepred and the other bad-tempered. The good wife doesn't really play a role in the story, so I left her out here. Compare a version from the Congo published here: The Man's Wives and the Hyena. 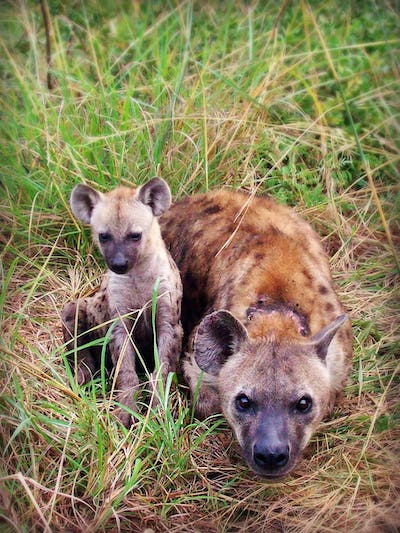 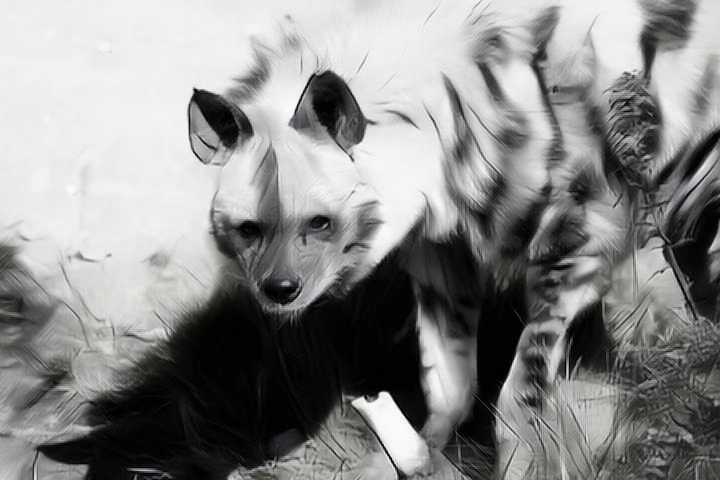