81. The Swallow and the Rooster

Swallow invited Rooster to dinner. When Rooster arrived, Swallow’s wife said, “He’s in the stew-pot with the pumpkins.” Then she shouted, “Husband, come out! Rooster’s here.”
Swallow came flying through the smoke above the cooking fire so it looked like he had risen up out of the stew-pot. “The stew tastes better when I boil a little while with the pumpkins,” Swallow said to Rooster, and Rooster believed him.
Then Rooster went home and told his wife, “You must boil me with the pumpkins. That’s what Swallow does.”
Rooster’s wife did as he told her, and Rooster boiled to death.
[a Chewa story from Malawi]

Inspired by: "The Cock and the Swallow" in Some Folk-lore Stories and Songs in Chinyanja by R. S. Rattray, 1907.
Notes: You can read the original story online, and you can learn about Nyanja, or Chewa, language at Wikipedia. In her summary of the story, Alice Werner remarks: "in another story the ntengu bird treats the wild-cat in the same way." In the story collected by Rattray, this episode is revenge for an earlier episode: Rooster, Swallow, and the Bad News. The swallow in this story is said to be a relative of the swallow in that story who was fooled by the rooster into cutting off his head. For comparison, see this Banyanja story: The Guinea Fowl and the Fowl. 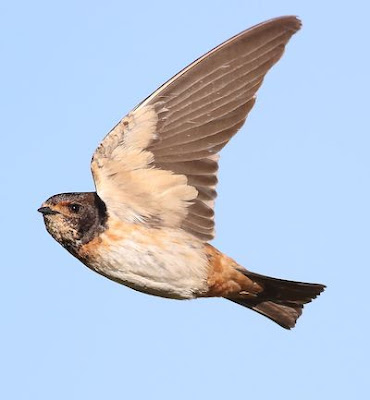 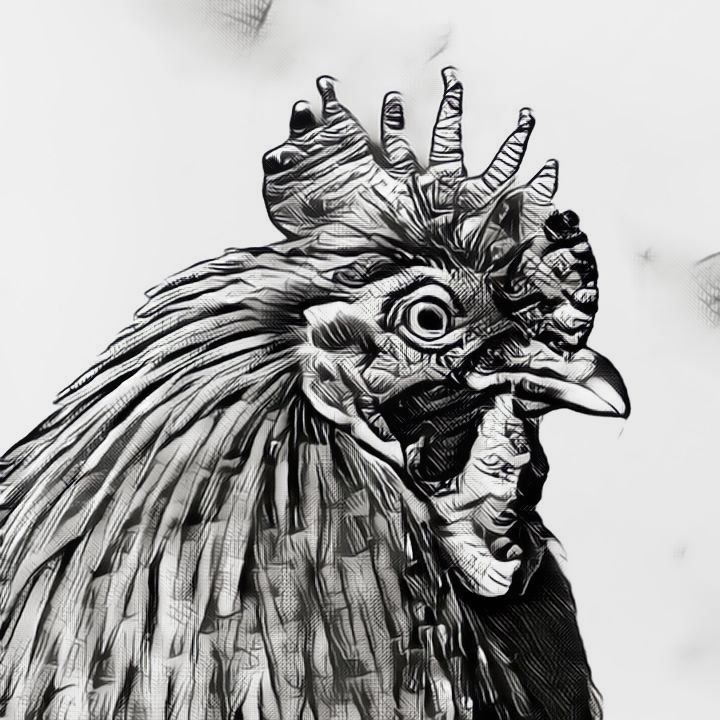