Exhausted by a long night of hunting, Wildcat lay down to rest, but she couldn’t sleep because fleas were biting her all over.
Then she saw Monkey.
“Help me, Monkey!” she groaned. “Come pluck these fleas.”
“Gladly!” said Monkey.
Monkey plucked the fleas, and Wildcat slept.
Then Monkey stopped plucking the fleas. He took Wildcat’s tail and tied her to a tree. He then hit her on the head to wake her up as he ran away, laughing.
When Wildcat tried to chase Monkey, she realized she was stuck.
“I’ll get you for this, Monkey!” she shouted.
Wildcat wanted revenge.
[an Ewe story from Ghana]
Inspired by: "Why Monkeys Live in Trees" in The Eʻwe-speaking peoples of the Slave Coast of West Africa by Alfred Ellis, 1890.
Notes: You can read the original story online. In the original story, it's like a different plot started to take shape and then got truncated: Snail finally frees Wildcat, only because Wildcat promises not to harm him, but instead of Wildcat breaking that promise (in an "ingratitude is the world's reward" story, where Wildcat would break her promise and eat the Snail), the story shifts to Wildcat's revenge on Monkey; see: Wildcat Gets Her Revenge. 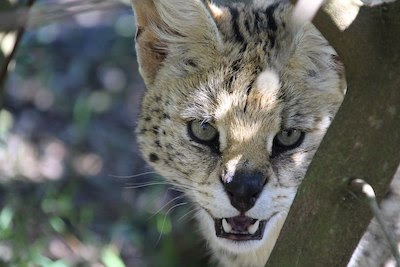 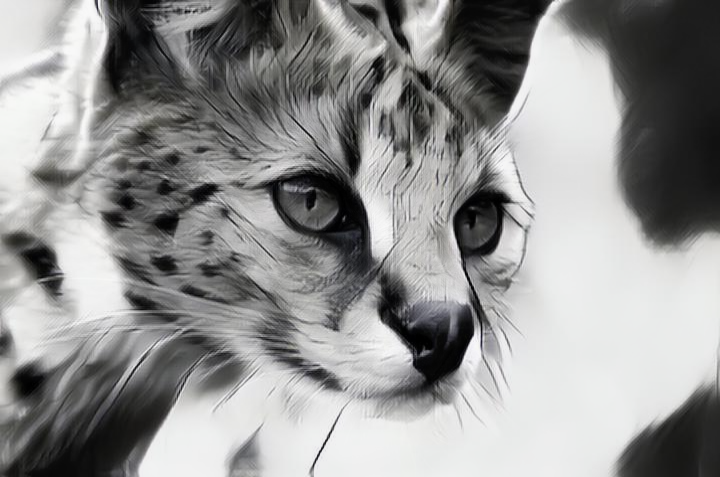