Lion was tired of Rabbit’s tricks. “I’m going to kill you!” he roared.
Rabbit ran as fast as he could. Then, growing tired, he darted under a rocky ledge, and Lion followed him.
“Hurry, Lion!” Rabbit shouted, raising his paws. “Hold up the stone! Otherwise, it will fall down and crush us.”
Lion immediately lifted his paws to hold the stone up.
“Don’t let go!” Rabbit warned him, and then Rabbit ran off.
Lion stood there holding up the stone until hunger and thirst overcame him at last.
He let go.
The stone didn’t move.
Rabbit had tricked him… again!
[a Ndau story from Mozambique]
Inspired by: "Lion and Hare (version a)" in Tales and Proverbs of the Vandau of Portuguese South Africa (published in the Journal of American Folklore) by Franz Boas and C. Kamba Simango, YEAR.
Notes: You can read the original story online. The specific reason Lion wants to kill Rabbit is because Rabbit has killed all of Lion's children; here's that story: Lion and Hare. The lion's name in Ndau is Mphontholo, and the rabbit is Shulo. 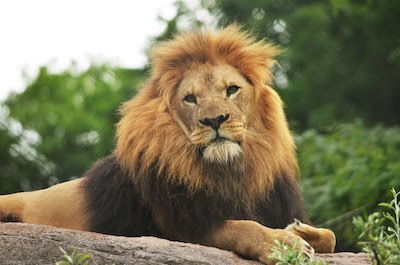 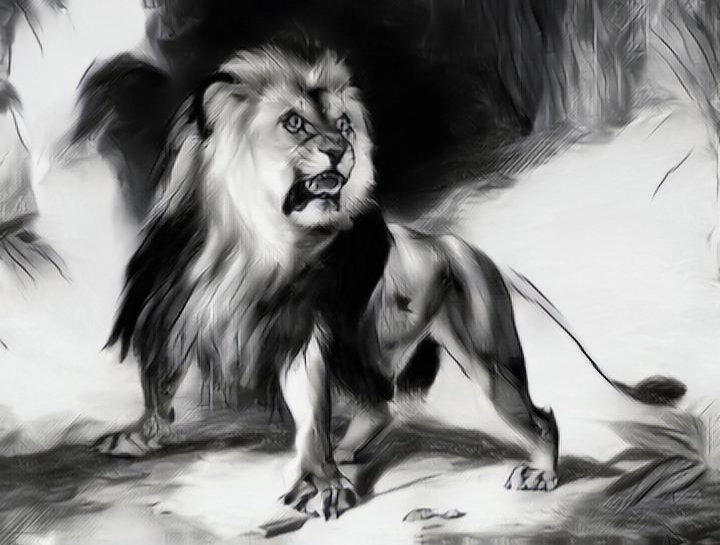