71. The Monkey and the Leopard

Monkey and Leopard used to be friends and shared their food. But one day Monkey caught some fish and ate it all; he didn’t share with his friend.
Leopard saw the fish bones. “Where’s my share?” he demanded.
“Forgive me,” Monkey said. “I ate all the fish myself.”
Leopard was furious. “Then I will eat you!” he snarled, grabbing Monkey in his paws.
“Don’t forget to say grace before you eat me,” Monkey reminded him, and when Leopard folded his paws to give thanks to God, Monkey escaped up into the trees.
Monkeys have lived in the trees ever since.
[a Calabar story from southern Nigeria]
Inspired by: "Monkey and Leopard" in Calabar Stories (published in Journal of the Royal African Society) by J. Maxwell, 1906.
Notes: You can read the original story online. 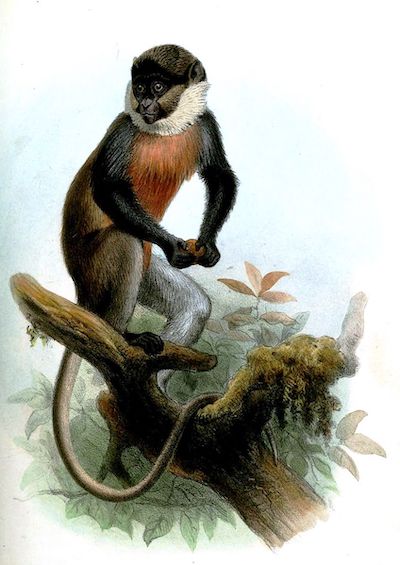 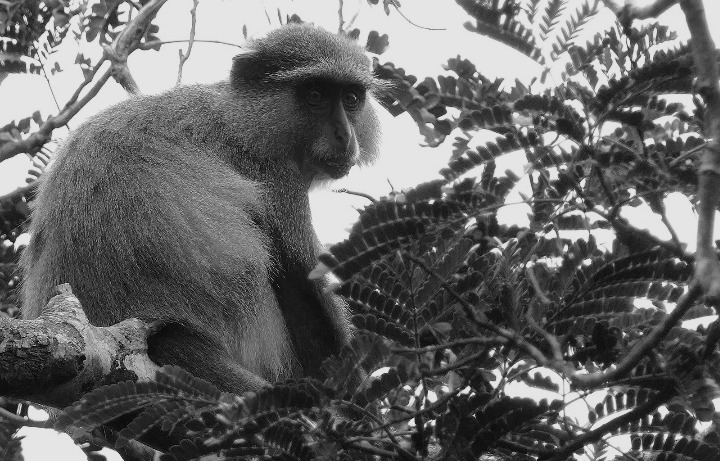