49. The Frog and His Two Wives

Frog had two wives, and both were good cooks.
One day Frog’s two wives cooked porridge, and their porridge was ready at the same time. The first wife called, “Porridge is ready; come!” The second wife called, “Porridge is ready; come!”
Frog despaired. “Both wives want me: if I go to the first, the second will be angry; if I go to the second, the first will be angry.”
So Frog began to sing:
I’m in trouble! I’m in trouble!
Kuo-kuo! kuo-kuo!
That is what Frog sings about: the trouble he has with his two wives.
I’m in trouble! Kuo-kuo!
[an Ambundu story from Angola]
Inspired by: "Frog and his Two Wives" in Folktales of Angola by Heli Chatelain, 1894.
Notes: You can read the original story online, and the Kimbundu text is also available. In Courlander's anthology, he notes "Variants of the story of frog and his two wives are known elsewhere in Africa. in the version given here, as in the others, there is an implied commentary on the difficulties sometimes raised by the practice of polygamy. " 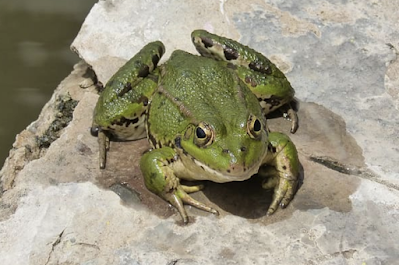 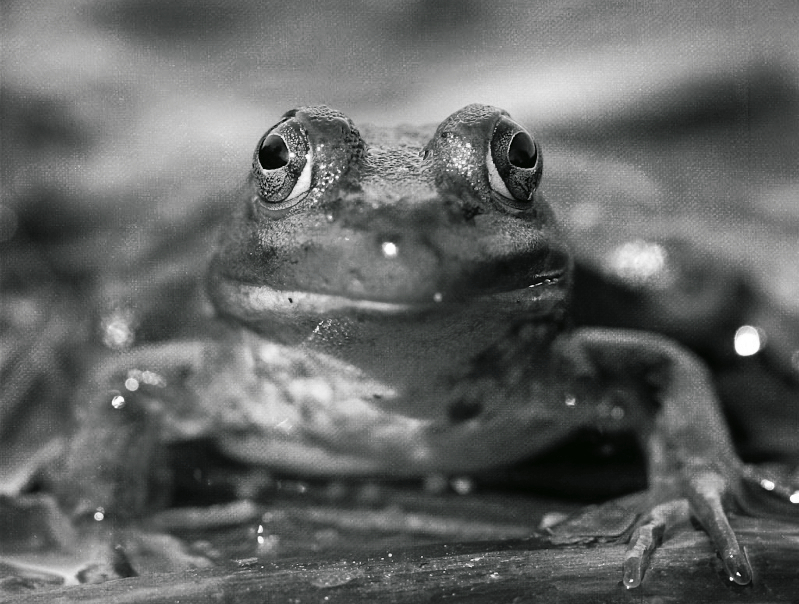