40. The Rabbit and the Moon

The Moon dies and then rises to life again.
“The people need to know,” Moon told Rabbit. “Go tell the people: as I die and rise to life again, so too shall you rise.”
Rabbit went to the people, but he told them, “As I die and do not rise to life again, so too shall you die.”
When Rabbit returned and told Moon what he had told the people, she was furious. Grabbing a stick, she hit Rabbit hard on the mouth and split his lip.
Then Rabbit angrily scratched Moon’s face and ran off… and he’s still running.
[a Khoekhoe story from Namibia]
Inspired by: "The Origin of Death, version 2" in Reynard the fox in South Africa; or, Hottentot fables and tales by Wilhelm Bleek, 1864.
Notes: You can read the original story online. Bleek's source was Hans Knudsen, a missionary; you can read more about Knudsen at Wikipedia. The story comes from northern Namaqualand. Knudsen also included this bit at the end of the story: ""We are now angry with the Hare, say the old Namaqua, because he brought such a had message, and therefore we dislike to eat his flesh."
The bit about rabbit scratching the moon's face comes from a different source, which Bleek notes as "From an original Manuscript in English, by Mr. John Priestley, in Sir Grey's Library." See also this variant. 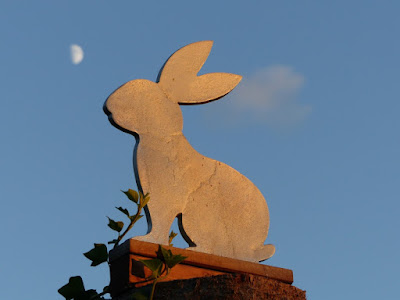 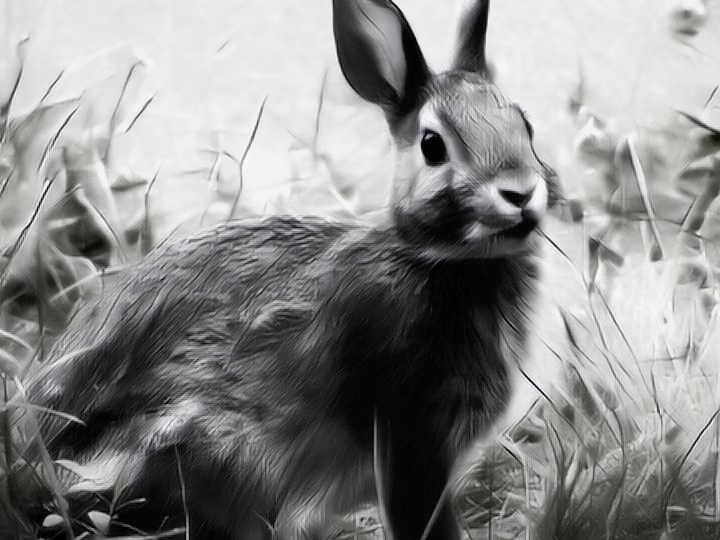