This story is about a man of ancient times, when T'kout was a Roman city.
The man's name was Djokhrane.
A Roman rose up against Djokhrane and fought him. Djokhrane was going down to defeat, but then a jaybird began pecking the Roman in the eye, and this allowed Djokhrane to overcome his enemy.
Djokhrane then told his children, "As long as you live, never eat a jaybird. If someone brings you a jay to eat, buy it and set it free."
To this day when one of Djokhrane's descendants sees a jay, he buys it and sets it free.
Inspired by: "Djokhrane and the Jays" in Moorish Literature by Rene Basset, 1901.
Notes: You can read the original story online. In the story, the Berber storyteller says: "The ancestor of the grandfather of Mahomet Amokrane was named Djokhrane." 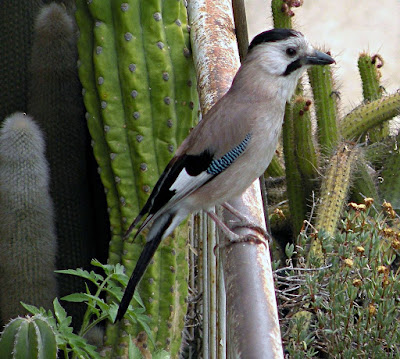 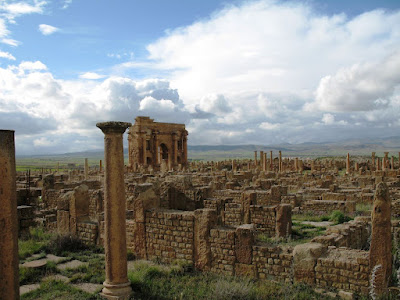 Email ThisBlogThis!Share to TwitterShare to FacebookShare to Pinterest
Labels: African, African: Bird, African: not in book, book: no, need sheet