Mantis and the Mysterious Man

Mantis was once lost in the desert. Then he saw smoke from a fire. He approached. A man was sitting there, roasting meat.
Mantis saw the heap of roasted meat. The meat looked so good! It smelled so good!
Then Mantis noticed something strange: this man had no eyes.
"It will be easy to steal from this man," Mantis thought to himself. He crept up silently and reached for the meat.
"I see you!" shouted the man. He grabbed Mantis and beat him. He broke Mantis's skull!
Mantis put on feathers and flew away home, barely escaping with his life.
Inspired by: Sigrid Schmidt's South African |Xam Bushman Traditions and Dorothea Bleek's Mantis and His Friends.
Notes: This is 3b2 in Schmidt, Mantis and Eyes-on-his-Feet. It is The Mantis and the Will-o-the-Wisp in Bleek. You'll find the conclusion of the story here: The Man's Secret. The ogre known as Eyes-on-his-Feet supposedly "roams around the veld and kindles a big fire at night to attract people who have lost their way. Then he fries and eats them" J. T. Hahn wrote in 1901, cited by Schmidt in South African |Xam Bushman Traditions, p. 53. 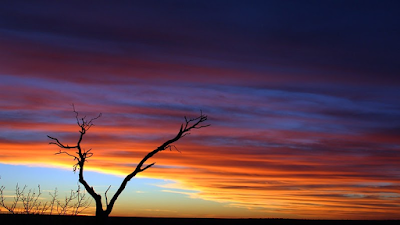