Elephant was angry. "Go get my fat from Rabbit!" Elephant told his friend Buffalo.
Rabbit welcomed Buffalo to his house. "I just made soup!" Rabbit said, and he gave Buffalo some elephant-fat soup.
"This tastes delicious!" said Buffalo. "What is it?"
"I made it with meat I found in a hole," said Rabbit. "There's lots more. I'll show you!"
Rabbit led Buffalo to a deep hole. "Go down there and take all you want!" he said.
When Buffalo got in the hole, Rabbit threw a boulder on his head and killed him.
Then he threw Buffalo in the soup-pot too!
[a Swahili story from Zanzibar]
Inspired by: Kiungani, or, Story and History From Central Africa, edited by A. C. Madan
Notes: This is the second part of the story; here's how it begins: The Rabbit and the Elephant Go Dancing. The original story is more elaborate: Rabbit tells Buffalo to get in the hole and stick out his horns, and then animals will impale themselves on his horns. Buffalo waits in the hole for the animals to come, and instead Rabbit comes back with the boulder and kills him. You can read about the African Buffalo at Wikipedia. 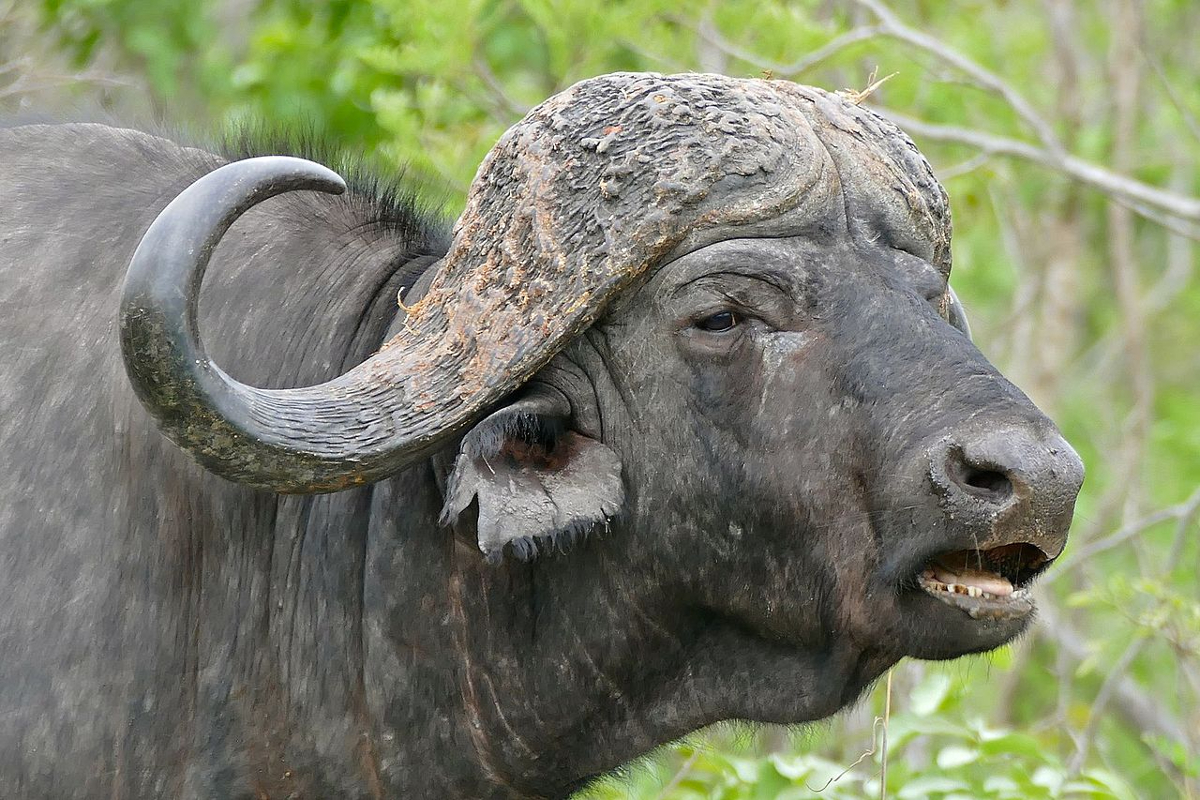