Laura Gibbs · 171. The Kauravas Raid the Camp by Night
"We are only three," said Kripa.
"What can we do?" asked Kritavarma.
Then they saw a single owl kill a flock of crows sleeping in a tree.
"We can do that!" said Ashwatthama. "We'll sneak in and kill them as they sleep."
Ashwatthama found Draupadi's brothers, Shikhandin and Dhrishtadyumna, and killed them both. "That is for Bhishma," he whispered, "and for my father!"
Next, Ashwatthama beheaded five warriors sleeping together, thinking they were the Pandavas, and put their heads into a sack. Finally, he set fire to the camp, while Kripa and Kritavarma shot down soldiers who fled the fire.

Inspired by: Jaya: An Illustrated Retelling of the Mahabharata by Devdutt Pattanaik.
Notes: This story is on p. 292. In this illustration Shiva presides over the night raid: 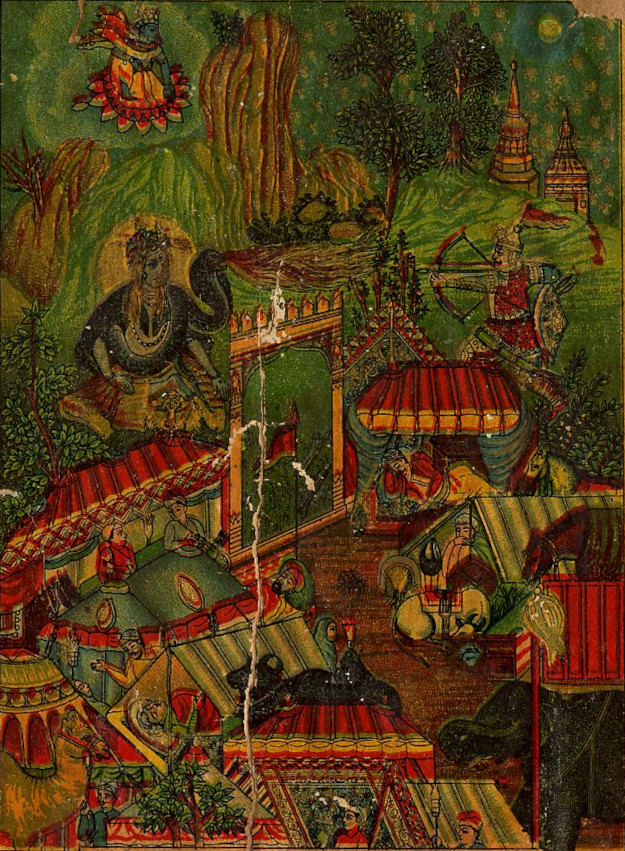