Laura Gibbs · 45. Kubera Confronts Sthuni
Shikhandin went back home to prove his manhood, while Sthuni awaited his return.
Later that day, however, Kubera, King of the Yakshas, paid a visit and noticed Sthuni had changed gender. "When did you become a woman?" he asked, and Sthuni explained.
This made Kubera angry. "Gender is not a toy to play with. You will remain a woman, and Shikhandin will remain a man. Only when Shikhandin dies will his manhood return to you."
Thus the gods fulfilled their promise to Amba and Drupada: Shikhandin, a warrior born as a woman, would be able to defeat Bhishma in battle.
Inspired by: Jaya: An Illustrated Retelling of the Mahabharata by Devdutt Pattanaik.
Notes: This story is on p. 250. 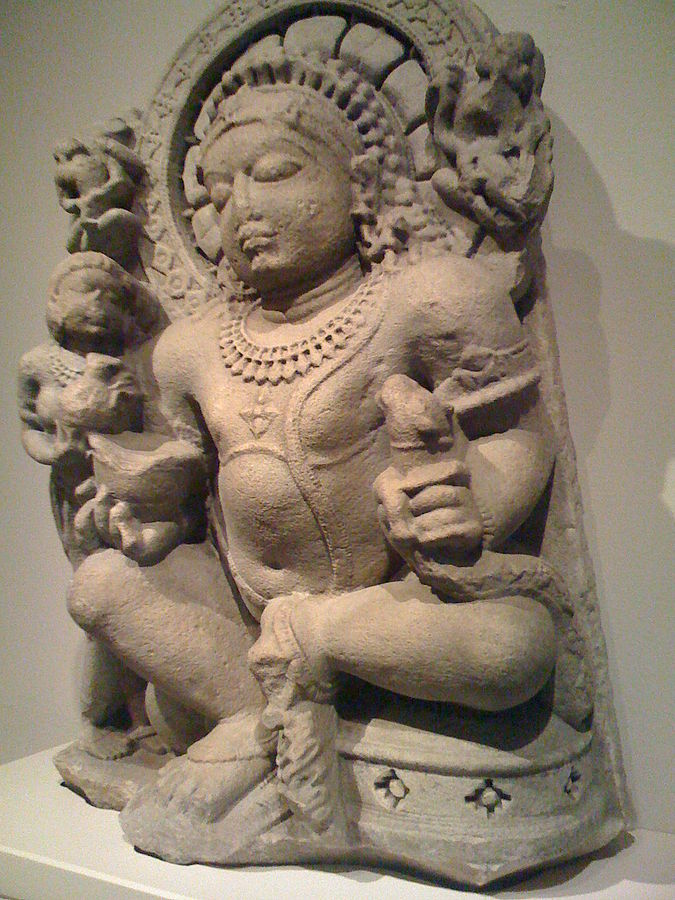