Laura Gibbs · 151. King Bhagadatta Attacks Arjuna
When Arjuna saw Bhima attacked by King Bhagadatta's elephant army, he ordered Krishna to drive his chariot into the fray.
As soon as Bhagadatta saw them coming, he unleashed a terrible weapon: a Vishnu-astra. Before Arjuna could shoot an arrow in defense, Krishna leaped up and the Vishnu-astra struck him in the chest.
It turned into a garland of flowers.
Krishna then explained. "Bhagadatta received that astra from Bhudevi, the earth-goddess, and she received it from Vishnu when, in the form of the boar Varaha, I pulled her from the sea. I created that astra; only I could stop it."

Inspired by: Jaya: An Illustrated Retelling of the Mahabharata by Devdutt Pattanaik.
Notes: This story is on p. 253. You can read about Vishnu's boar incarnation at Wikipedia: Varaha. 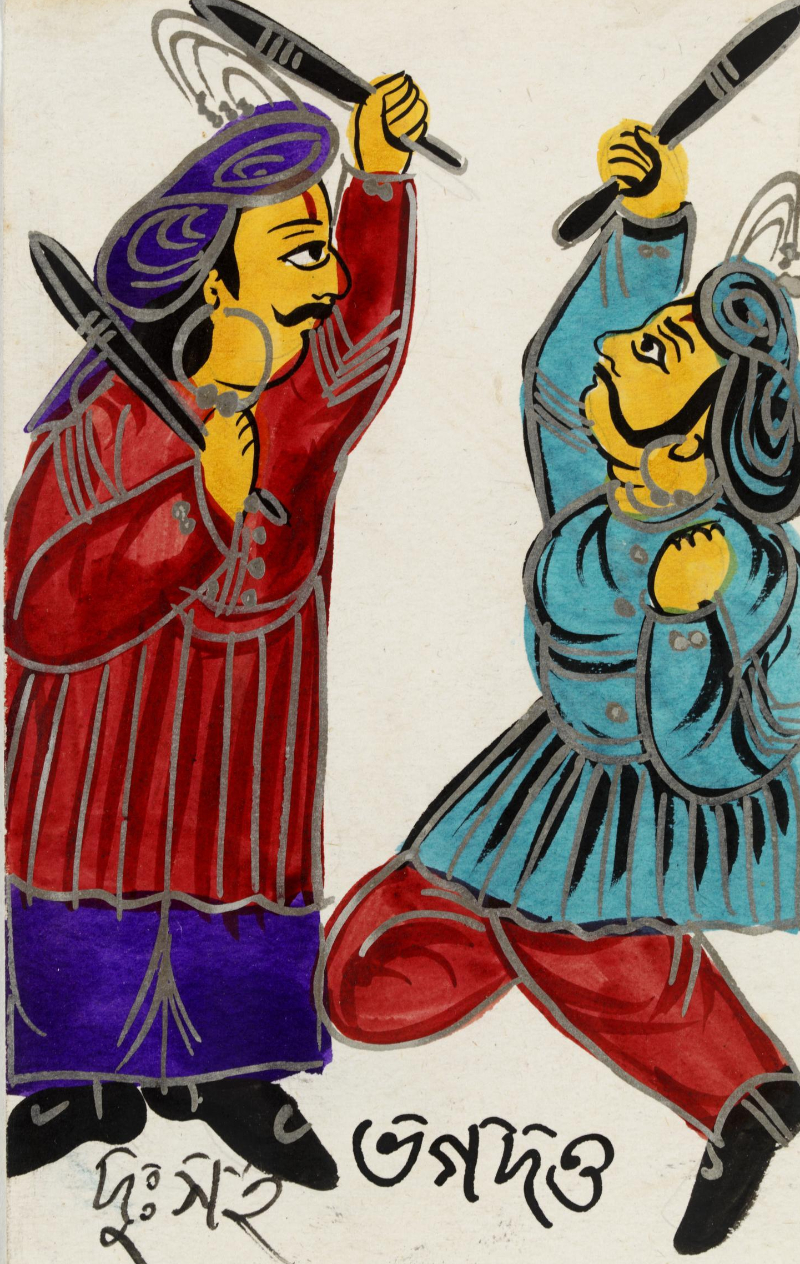