Laura Gibbs · 23. The Story of Kunti's Mantra
But Kunti had a secret.
Years ago, the rishi Durvasa had visited her parents. Durvasa was notoriously bad-tempered, but Kunti's gracious hospitality pleased him, and he rewarded her with a mantra. "It summons any god," he explained, "and that god will give you a child."
Wondering if what Durvasa said was true, Kunti used the mantra to summon Surya, the sun-god.
Surya appeared!
"Forgive me," Kunti said. "I didn't mean it."
"The mantra cannot be undone," Surya replied.
Kunti became pregnant, and when the baby was born, she put him in a basket and set him adrift in a river.
Inspired by: The Mahabharata: A Shortened Modern Prose Version by R. K. Narayan
Notes: This story is from Chapter 1: The Eighth Baby. 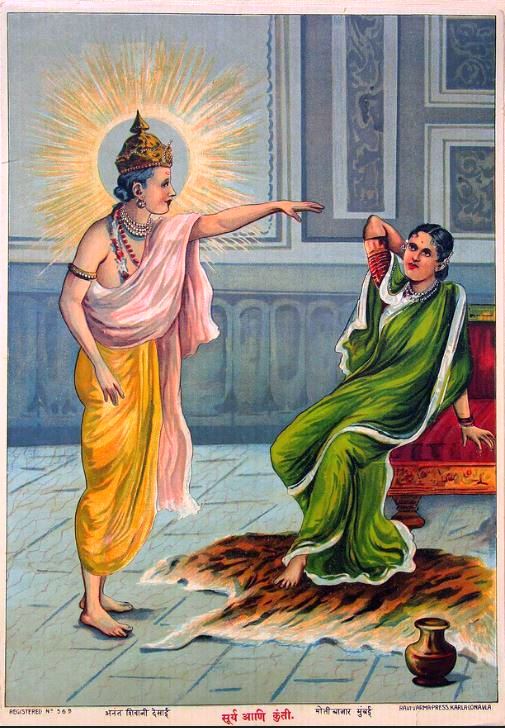