Laura Gibbs · 121. King Shalya Makes an Alliance
Shalya, king of Madra, planned to ally himself with the Pandavas, as his daughter Madri had been Pandu's wife.
Duryodhana, however, learned about this and put up pavilions filled with food and drink along the Madra highway. Shalya assumed this was Yudhishthira's doing. "I promise my host a boon of his choosing!" Shalya proclaimed.
To Shalya's surprise, Duryodhana claimed the boon and asked Shalya to fight in his army.
"You are bound by your promise," Yudhishthira said later, "but when Karna and Arjuna confront each other in battle, help Arjuna if you can."
Shalya agreed to do as Yudhishthira asked.
Inspired by: The Mahabharata: A Shortened Modern Prose Version by R. K. Narayan
Notes: This story is from Chapter 11: Warning Shots. 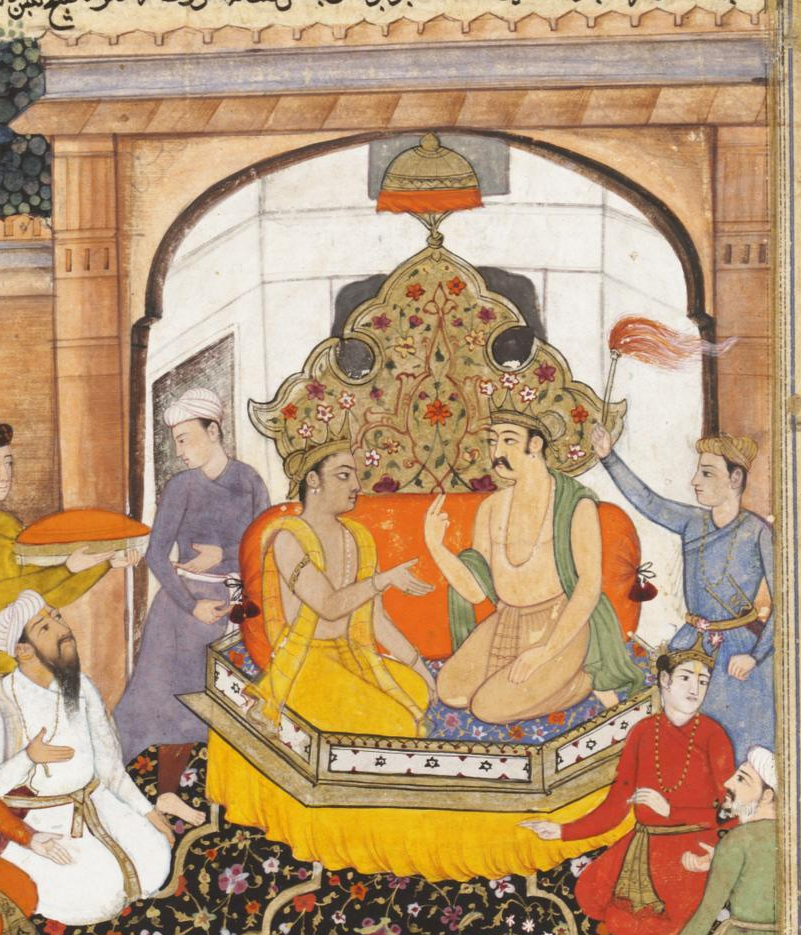