Laura Gibbs · 37. Karna Becomes King of Anga
Karna turned to leave, but Duryodhana badly wanted to humiliate Arjuna.
"Stop!" he shouted. "I make Karna king of Anga, and the king of Anga will fight Arjuna."
"I am your loyal friend forever," said Karna. Then he turned to face Arjuna. "Now we will fight!"
Arjuna was indignant. "I won't fight a charioteer's son!"
"He is a king!" Duryodhana shouted, turning to his father for support, although Dhritarashtra only shook his head in confusion.
The crowd murmured, not sure what to think.
Then the sun set.
The tournament was over, but Duryodhana had acquired a new ally in Karna.
Inspired by: The Mahabharata: A Shortened Modern Prose Version by R. K. Narayan
Notes: This story is from Chapter 2: Enter the Players. 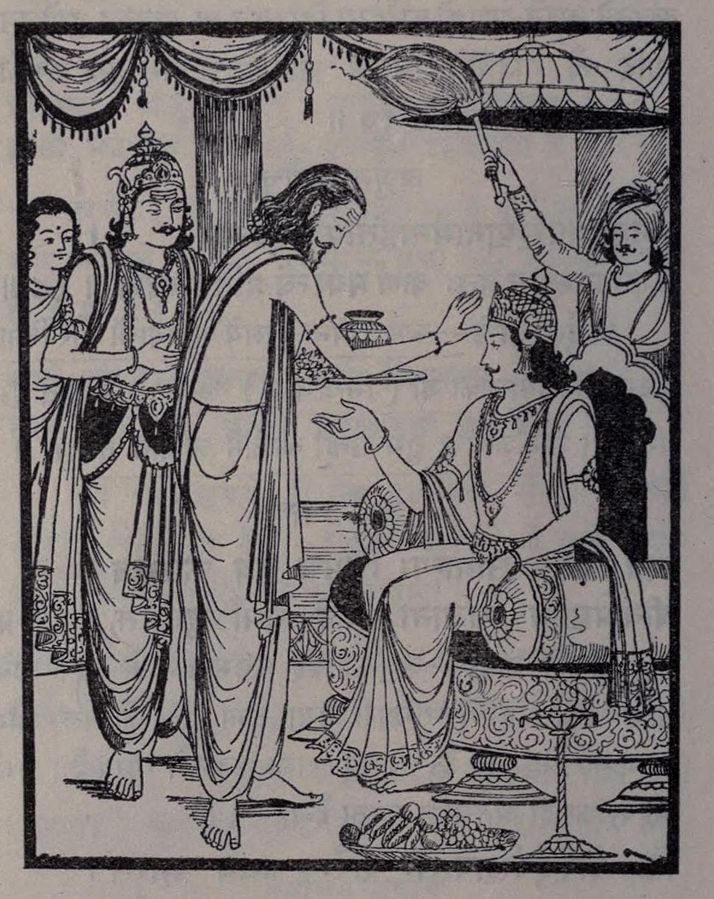